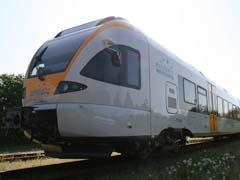 Simon Gray, Head of European Infrastructure Mergers & Acquistions at Babcock & Brown, said splitting Angel Trains into two businesses will allow the companies to focus on the differing requirements of the two markets. 'In the UK we are operating in a mature, but growing market', he said, 'whilst the continental Europe market is developing rapidly following market liberalisation'.