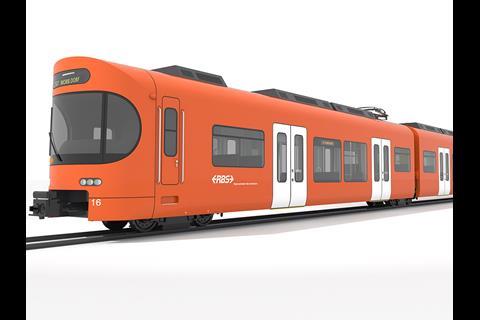 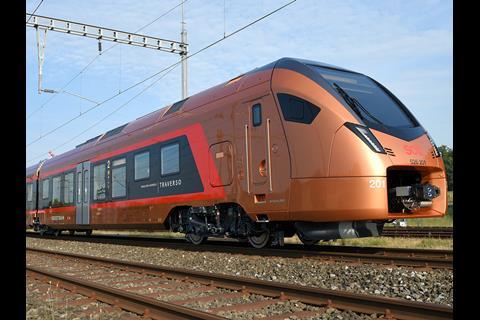 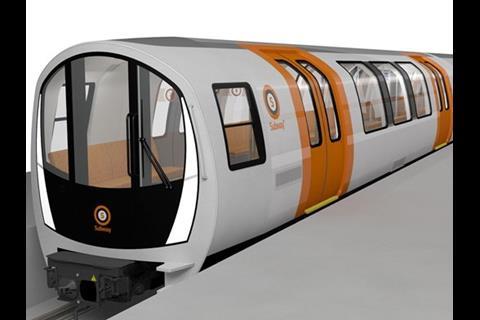 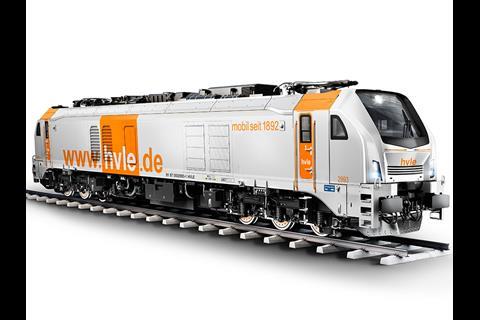 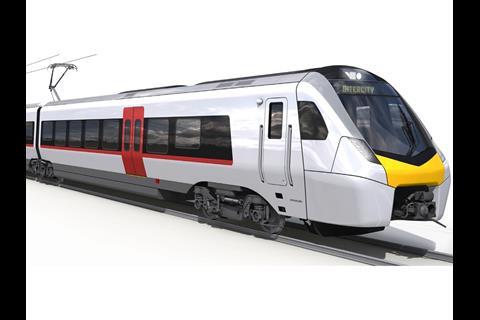 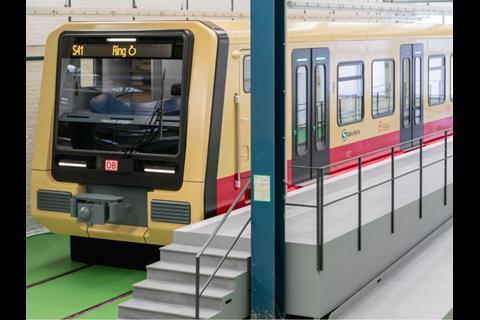 STADLER: Seven recently-developed Stadler locomotives and multiple-units will be displayed at InnoTrans 2018, where the Swiss group will be one of the main exhibitors in the outdoor areas of the Messe Berlin exhibition grounds.

German freight operator HVLE is the launch customer for Stadler Valencia’s Eurodual locomotive, having confirmed an order for 10 six-axle locos in March 2016.

Capable of hauling main line passenger and freight trains at up to 160 km/h in either diesel or electric mode, the Eurodual prototype is rated at 7 MW when under 25 kV 50 Hz electrification or 4 MW from a 1·5 kV DC supply. Its Stage IIIB-compliant Caterpillar C175-16 diesel engine is rated at 3 MW.

The Eurodual can be supplied in a variety of configurations, with options for different gauges, electrical systems and diesel power outputs.

Stadler is supplying Swiss operator Südostbahn with 11 Traverso EMUs for Voralpen-Express services under a SFr170m order placed in June 2016.

At the unveiling of the first unit Stadler said the EMUs for SOB would be ‘unique vehicles’ for ‘a unique route’, with high quality interior fittings tailored to the needs of different users. The EMUs are scheduled to enter service on the St Gallen – Luzern route from the December 2019 timetable change.

In May 2016 Swiss interurban operator Regionalverkehr Bern-Solothurn ordered 14 EMUs to a custom design which had been developed by crowd-sourcing ideas from passengers. The contract is worth SFr134, including spare parts.

The 1·25 kV DC metre-gauge EMUs with a maximum speed of 100 km/h will have four cars with a total length of 60 m, with air-conditioning, 104 seats and room for 360 standing passengers. They will be partially low-floor, with two doors per car side and large standing areas to accelerate boarding and alighting.

The first of the new EMUs are scheduled to enter service on route S7 from Bern to Worb at the end of this year, and by 2020 they will replace the current fleet of Mandarinli EMUs dating from the 1970s.

The Mälab joint venture of local authorities in Sweden’s Stockholm, Sörmland, Örebro and Västmanland regions has ordered 33 Kiss double-deck EMUs for Mälartåg services on four corridors around the capital. 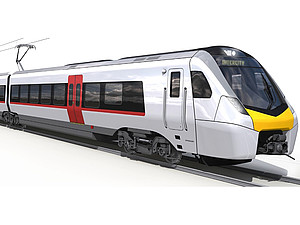 Stadler is to supply a fleet of 17 metro trains for the 10·5 km circular Glasgow Subway, which is being fully modernised and converted to driverless operation.

The 1 220 mm gauge four-car trainsets with walk-through gangways will replace the existing fleet of three-car sets. They will be 39 m long with a maximum speed of 58 km/h.

S-Bahn Berlin has signed a framework contract for a consortium of Stadler Pankow and Siemens to supply up to 1 380 cars, which would operate on around a third of the capital’s S-Bahn network.

There is a firm order for an initial 85 four-car and 21 two-car trainsets. The consortium is to supply five four-car and five two-car pre-production EMUs in 2020, with the series build following in 2021-23.