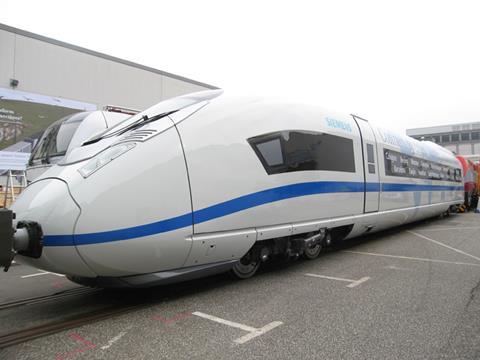 TURKEY: National railway TCDD has placed an order for seven Velaro high speed trainsets, Siemens has confirmed. The contract is worth €285m, including seven years of maintenance by the manufacturer.

The Velaro trainsets are to be deployed on the Ankara - Konya high speed line as well as the Ankara - Istanbul route which is being upgraded with the construction of new alignments and rebuilding of existing routes for higher speeds.

Current services are operated using a fleet of 12 six-car trains supplied by CAF in 2009 and now maintained by Alstom.