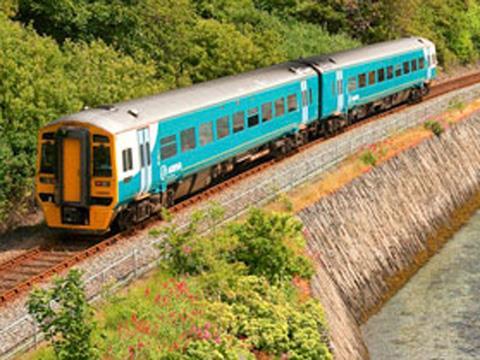 UK: Arriva Train Wales began operating the UK's first regular passenger services controlled by ETCS Level 2 signalling on October 29. ETCS has been installed on the Cambrian lines in Wales under infrastructure manager Network Rail's Early Deployment Scheme, which is intended to allow operating procedures and other issues to be resolved on a self-contained part of the network before a wider roll-out.

ETCS is initially only being used on 35 km of rural single track with one passing loop between Harlech and Pwllheli. The launch of regular services was delayed after trials in February showed that further work was needed, and the latest target date for completing the whole EDS covering 218 route-km from Aberystwyth and Pwllheli to Shrewsbury is March 2011.

Ansaldo STS is the main contractor for the EDS, which has involved the installation of 96 axle-counters and 346 Eurobalises. ETCS equipment has also been fitted to ATW's 24 Class 158 diesel multiple-units, three Network Rail test locomotives and also a coach which can be marshalled in charter trains and steam-hauled tourist services.