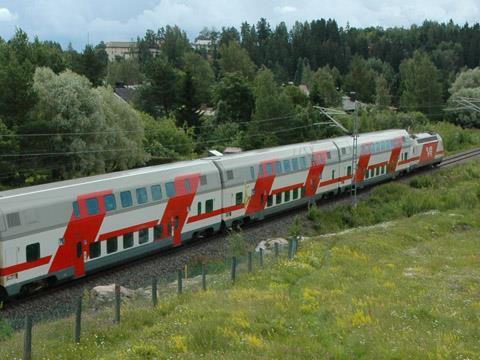 FINLAND: The Ministry of Transport & Communications has agreed to a five-year extension of VR Group's exclusive right to operate long-distance passenger services on the national network, in return for VR committing to invest in rolling stock and an obligation to operate government-specified services costing up to €21m/year.

The existing contract between the ministry and VR runs from December 3 2009 to December 31 2019. It contains an option for the five-year extension to be agreed by the end of 2015, if the operator intends to make significant investments in rolling stock.

On July 4 the ministry said that waiving the option and opening long-distance traffic to competition at the end of 2019 would not be justified, 'as the rules applicable to the opening of the competition have not been finalised at the EU level', and 'the current rail network would not support effective competition.'