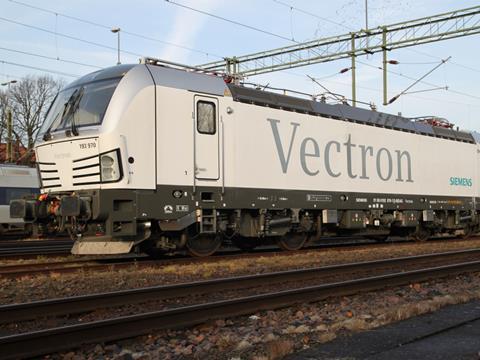 A Siemens Vectron multi-system electric locomotive was equipped with a Trainguard 200 onboard unit, plus Specific Transmission Modules for both the Swedish ATC2 and Danish ZUB 123 national train protection systems. It was then operated at up to 200 km/h over a lineside installation configured to represent the signalling interface between Sweden and Denmark on the Öresund Bridge. The tests on the Västkustbanan were observed by representatives from both Trafikverket and Banedanmark.

Trafikverket is responsible for the implementation of ERTMS in Sweden and is currently developing the regulatory framework in close co-operation with industry stakeholders.

According to Anders Danström, the ERTMS project manager for Siemens in Sweden, ‘we have been working very hard for several years to get our Trainguard 200 OBU adapted and approved for the Scandinavian market. To be able to demonstrate in practice the system´s compatibility with both the Swedish and Danish national signalling systems shows that our work has been successful.’