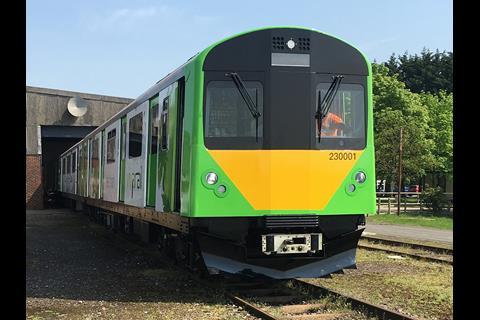 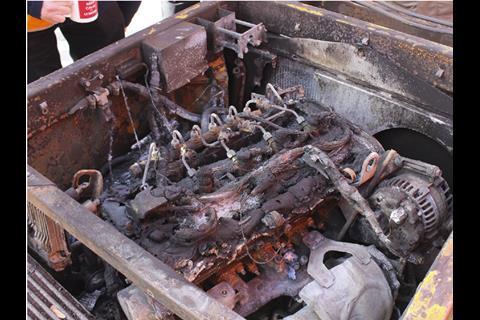 UK: On February 2 Vivarail released a report into a fire on its prototype Class 230 D-Train diesel multiple-unit which occurred during a non-passenger carrying test run at Kenilworth on December 30.

Intended to offer a low-cost alternative to new vehicles for use on non-electrified lines, the D-Train comprises former London Underground metro cars fitted with underfloor gensets with automotive engines.

‘We believe that we have found the root cause and a number of contributory factors which prolonged the fire’, said Vivrail CEO Adrian Shooter. ‘We are determined that there will never be a repetition and believe that the measures we have set out will achieve that end. As a minimum, they will all be put in hand before the train is put back in service. We are continuing to take advice in some areas and may make further improvements.’

The report sets out actions to be taken to prevent future fires, and design changes to improve resilience and enable the DMU to meet a TSI requirement to operate for at least 15 min in the event of a fire. There will be a full design review of the interchangeable gensets to address the weak points identified, and a review of the maintenance and repair practices of both Vivarail and the genset supplier. All gensets will now be tested at maximum output before re-installation after any work is undertaken.

The passenger saloon was unaffected by the heat of the fire. Some smoke did enter, but the report found that if any passengers had been on board it would have been possible to evacuate safely.

‘One consequence of the fire, which burned for about 30 min, is that the measures we had installed to protect the car body were thoroughly tested and found to be very effective’, commented Shooter.

Several factors led to the fire being more intense and burning for longer than might have been the case, including the designs of the low-pressure fuel and fire suppression systems. The report also identified a problem downloading information from the onboard data recorder, and noted that the CCTV was not functioning.