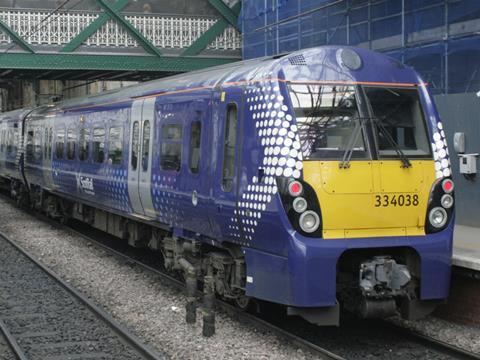 UK: Leasing company Eversholt Rail has awarded Alstom a two-year contract worth £36·1m to modernise 40 Class 334 three-car 25 kV electric multiple-units. These were built by Alstom in 1999-2001 and are operated by ScotRail.

The work is due to start in early 2015. It will be led by Alstom’s modernisation team in Preston, with its Glasgow Traincare Centre undertaking the work supported by its Manchester Traincare Centre.

To support the contract Alstom is to invest £500 000 in the traincare centres. It will build a 22 m shed extension in Glasgow to allow the EMUs to be completely covered during the work, and create a self-contained bogie overhaul facility in Manchester to allow for multiple overhauls to be completed in parallel. Alstom will also take on five new staff.