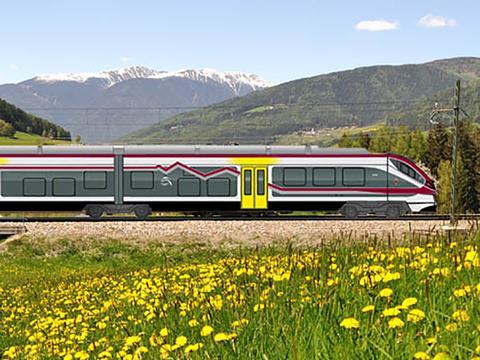 ITALY: Trenitalia has awarded Alstom a contract to supply a further six Coradia Meridian electric multiple-units for use on regional services in Trentino.

The firm order announced on March 25 has been placed under a 2012 framework agreement, and deliveries are scheduled to start at the end of 2016.

The 160 km/h EMUs will have six cars, with around 282 fixed and 42 folding seats, two wheelchair spaces and space for 20 bicycles. There will be low-floor access, with each door being equipped with integrated bridging plates to fill the gap between the train and the platform. The EMUs will have CCTV and information screens, Braille signs and 220 V power sockets.

More than 100 Coradia Meridian EMUs are now in service in Piemonte, Lombardia, Toscana, Umbria, Lazio, Marche and Abruzzo, with units for Campania, Trentino and Sicily to follow. The trainsets are designed and manufactured at Alstom’s facilities in Savigliano, Sesto San Giovanni and Bologna.