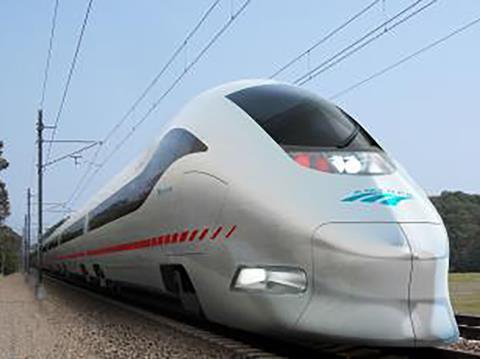 USA: Senator Charles E Schumer said on September 21 that the Amtrak board would approve the next day the start of exclusive negotiations with Alstom for a contract to supply the next generation of trains for the Northeast Corridor between Washington DC, New York and Boston.

The contract for around 28 trainsets with an estimated value of $2·5bn is expected to be finalised by the end of the year. Final approval of federal funding from the Railroad Rehabilitation & Improvement Financing programme is also required.

Alstom said technical details of the proposed trains would be released at a later stage. ‘Should this contract materialise, this would ‎be a great recognition of Alstom's expertise in high speed and we will be honoured to serve Amtrak for this ambitious project’, said Alstom Transport President Henri Poupart-Lafarge.

According to Schumer, the trains would be built at Alstom’s plant in Hornell, New York. The project is expected to create around 400 jobs in Hornell plus 350 elsewhere in the state.

Amtrak decided to order new trainsets rather than lengthen its existing Acela fleet in late 2012, and a joint request for proposals was issued with Californian High Speed Rail Authority in January 2014. However the joint procurement was dropped in June 2014 after potential suppliers advised that the requirements were too diverse to be met by a common design; Amtrak required a maximum speed of 257 km/h (160 mile/h) for use on existing NEC infrastructure, with options for 300 km/h or 350 km/h, while CHSRA was seeking 320 km/h trainsets for use on a new line.

In November 2014 the Federal Railroad Administration approved a waiver on Buy America procurement rules covering two pre-series high speed trainsets for each of Amtrak and CHSRA.