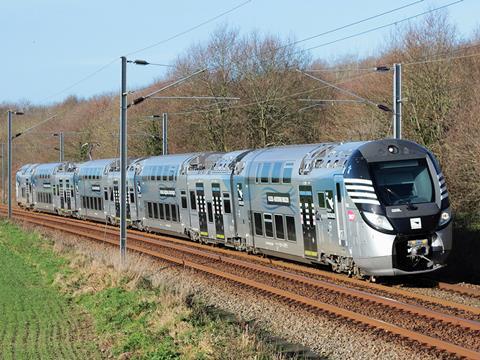 FRANCE: On February 16 Bombardier announced that SNCF had placed a €34m order for an additional four eight-car Regio 2N double-deck electric multiple-units. They are being financed by the Bretagne region and are scheduled to be delivered in 2019.

The order is an option on a 2010 framework agreement for the supply of up to 860 Bombardier Omneo units, of which 213 have now been ordered by 10 regions. Bretagne has ordered a total of 14 eight-car trainsets with 491 seats and seven six-car sets with 350 seats.