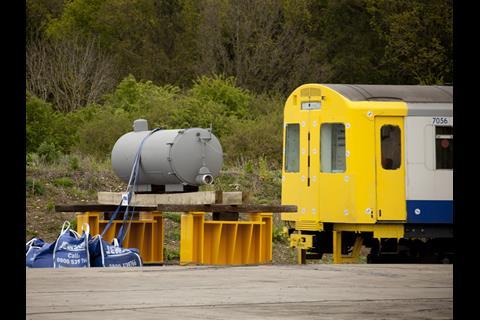 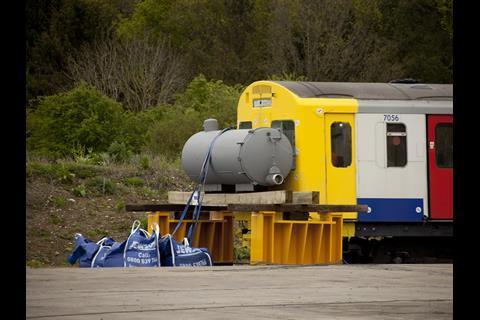 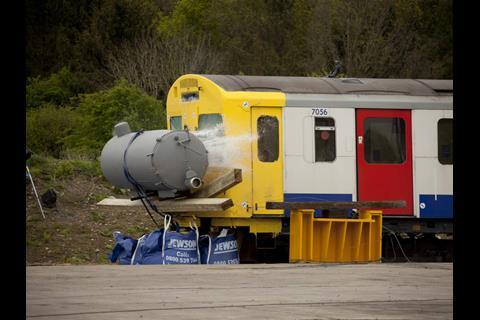 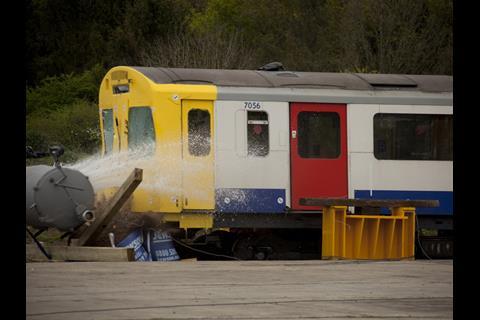 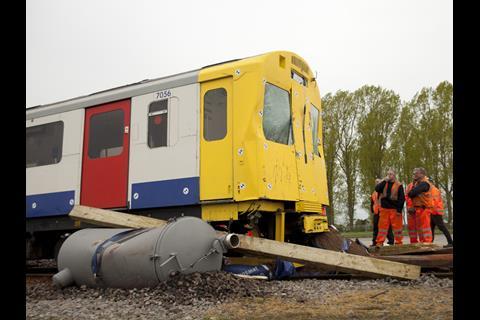 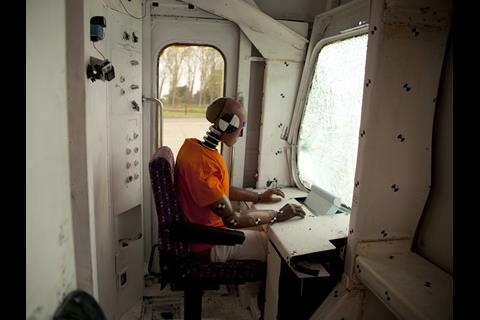 UK: A former London Underground D78 car has been crashed into a 3 tonne tank of water as part of the testing programme being carried out in support of Vivarail’s plans to use the bodyshells of the redundant metro trains to create low-cost ‘D-Train’ diesel multiple-units for use on the national rail network.

The crash test aimed to verify that the train driver would be protected in the event of an incident such as such as a level crossing collision with a farm vehicle.

As part of the rebuilding project Vivarail has ‘substantially strengthened’ the cab’s steel casing and moved the driver’s seat further back from the window. Creactive designed the cab and enhanced safety structure, with input from Simpact which develops protective structures and restraint systems for the automotive industry.

The test was held at the Quinton Rail Technology Centre on a former military site at Long Marston on May 8. Test track operator Motorail has experience of running crash tests to industry standards, and TRL provided independent monitoring and will produce a full report. The D-Train was pushed to a speed of 36 km/h, and released 80 m from the collision point.

‘We believed that the original aluminium bodies were of sufficient quality and strength and had been so well maintained by Long Underground that the D-Train would be more than up to the challenge’, said Vivarail. ‘However, as with all elements of our train we wanted to out-perform expectations and so it was important to us to prove the original train was in perfect structural condition and that our work to strengthen and increase the cab's structural integrity would provide the additional protection we intended.’

‘From a preliminary visual inspection of the train cab, it appears that the enhanced safety cell structure has improved the crash performance of the cab, maintaining a suitable survival base and protection offered to the driver’, said Mike Pittman, Principal Consultant at TRL. ‘Final results of the test will be released in the coming month.’