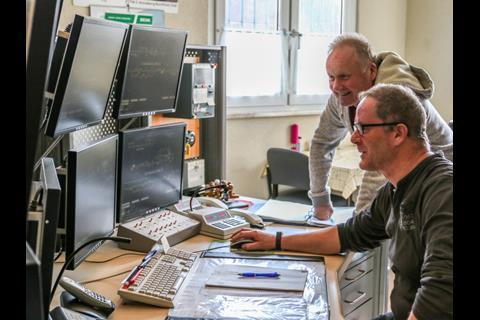 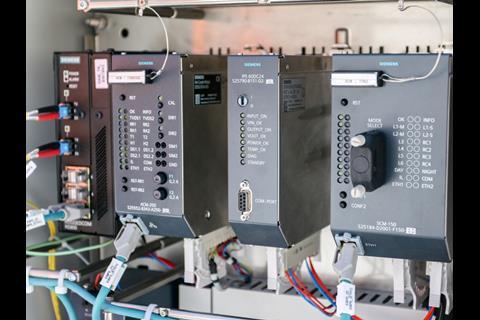 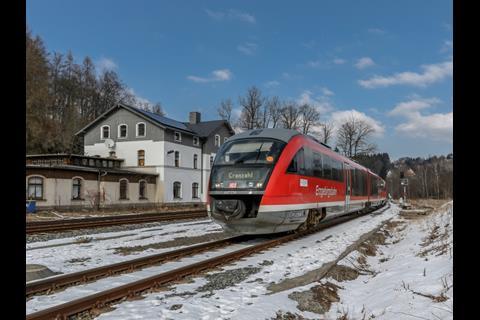 GERMANY: Infrastructure manager DB Netz AG has put into operation its first digital interlocking which uses an IP network architecture to connect with the field equipment.

DB Netz has been using computer-based interlockings for many years, but the Siemens installation at Annaberg-Buchholz on the Erzgebirgsbahn is the first in Germany in which turnouts, signals and track occupancy detectors have not been hard-wired back to the interlocking room using individual cables.

Whereas some other railways have been using multiplexed commands to control field elements over a single paired cable for more than three decades, the German policy of relying on cable bundles has placed a practical limit on the length of line that can be controlled from a single interlocking. This has typically been between 5 km and 10 km, beyond which it was necessary to use slave interlockings. Moving to an IP network architecture should allow much longer distances to be controlled cost-effectively from a single interlocking.

Describing the Annaberg-Buchholz scheme as ‘one of the biggest technology projects in the history of Deutsche Bahn’, DB Netz Chief Technology Officer Klaus Müller said the use of ‘intelligent communications networks’ and modular elements would ‘set the trend for the coming years’. Having been piloted on a lightly used regional line, the concept is expected to be rolled out more widely across the national network.

Siemens Mobility co-CEO for rail automation Michael Peter pointed out that pairing an IP-based network with intelligent field elements would provide greater flexibility in the event of any future remodelling, generating ‘positive cost effects over the longer term’ while maintaining strict safety standards. He believed the development would be ‘an important step toward interlockings in the cloud’.