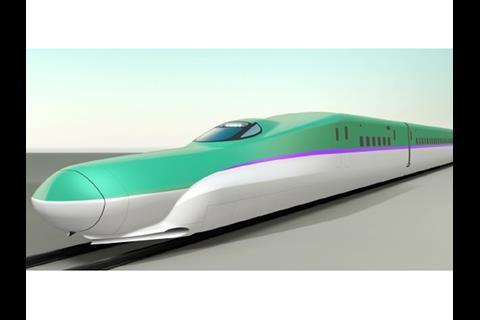 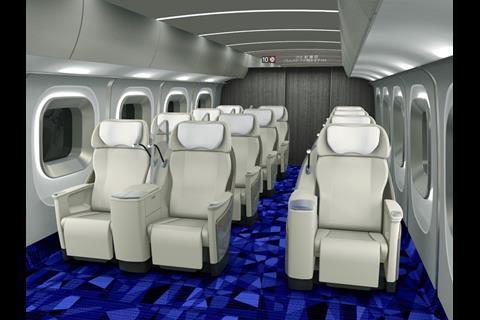 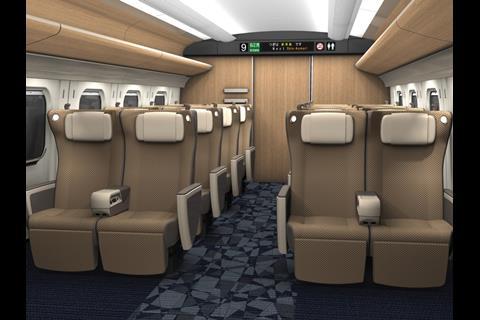 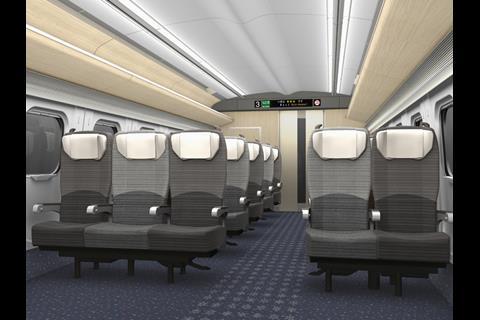 JAPAN: JR Hokkaido confirmed on April 16 that it had ordered four 320 km/h trainsets from Hitachi and Kawasaki Heavy Industries to operate its share of services on the Hokkaido Shinkansen.

Designated Series H5, the trains are based on the Series E5 sets which JR East operates on the Tohoku Shinkansen between Tokyo and Shin-Aomori. Both classes will operate through services from the capital to Japan’s northern island following the opening of the first section of the Hokkaido Shinkansen between Shin-Aomori and Hakodate in March 2016.

JR Hokkaido has ordered four 10-car trainsets at a cost of around ¥18bn. The first two are due to be delivered to its Hakodate depot in early October, ready for testing in winter conditions before the end of this year. The second pair will follow during 2015.

Formed with eight motor and two trailer cars, each set will have two pantographs, mounted on cars 3 and 7. Car 10 at the northern end will have 18 Gran Class seats arranged in a 2+1 configuration. Car 9 will provide 55 Green Car seats in 2+2, while the 2+3 seating in cars 1 to 8 will accommodate 658 standard class passengers. All vehicles will offer at-seat power supplies for laptops and phones.

The exterior livery will be similar to the Series E5 sets, with Tokiwa green and Hiun white body sides, but separated by a Saika purple stripe intended to reflect Hokkaido’s famous lavender farms.

Like the E5s, the H5s will have 1·5° of active tilt, allowing 320 km/h operation on the Tohoku Shinkansen. Maximum speed on the Hokkaido Shinkansen will be 260 km/h, and the trains will be limited to 140 km/h on the mixed-gauge trackwork through the Seikan Tunnel. According to new JR Hokkaido President Osamu Shimada, the target journey time between Tokyo and Shin-Hakodate is 4 h 10 min, making the rail service competitive with air.