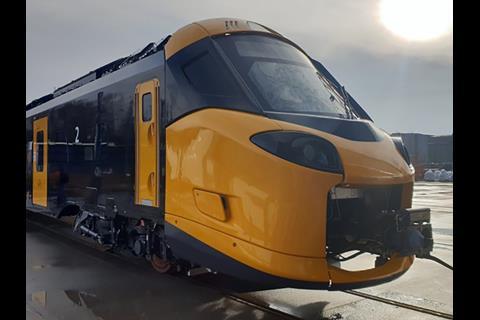 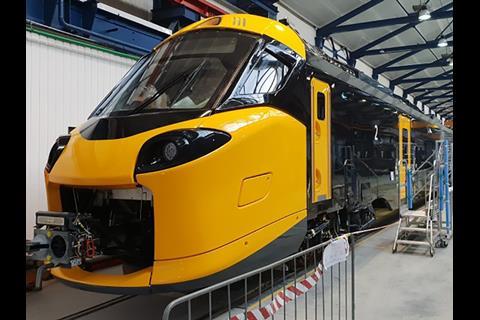 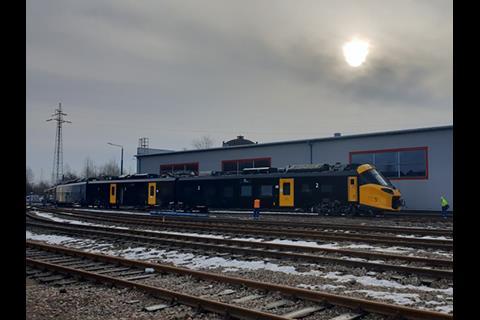 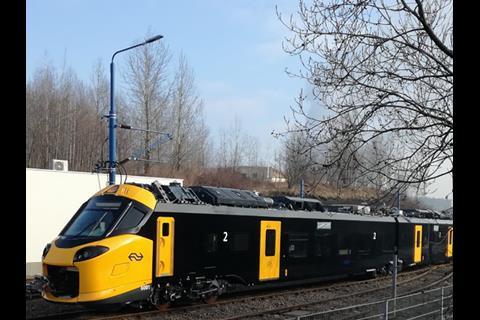 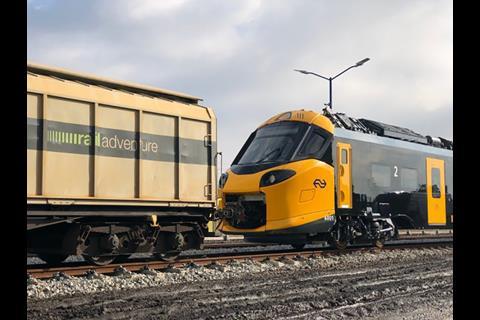 NETHERLANDS: The first of the Coradia Stream electric multiple-units which national passenger operator NS has ordered from Alstom under the Intercity New Generation programme has been moved from the manufacturer’s factory at Katowice in Poland to its Salzgitter plant in Germany for static testing.

This will be followed by dynamic trials at the Velim circuit in the Czech Republic, and testing in the Rail Tec Arsenal climate chamber at Wien in Austria.

The €800m contract awarded by NS in July 2016 covered 49 five-car IC-NG units with 256 seats and and 30 eight-car units with 417 seats. The interior of the first trainset is not yet fitted out, and it is not carrying the full livery. When complete the EMUs will offer wheelchair-accessible toilets, wi-fi, USB sockets, passenger information screens, intelligently-controlled LED lighting and space for luggage.

The first of the IC-NG trainsets are expected to arrive in the Netherlands in 2020, ahead of entry into passenger service on the Amsterdam – Rotterdam – Breda route from 2021 and the Den Haag – Eindhoven route from 2022.

The 200 km/h units will be equipped to operate on the 25 kV 50 Hz HSL-Zuid high speed line as well as the 1·5 kV DC conventional network.