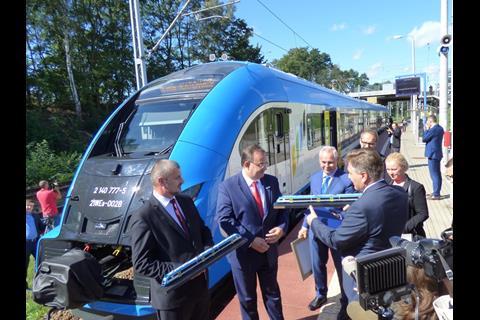 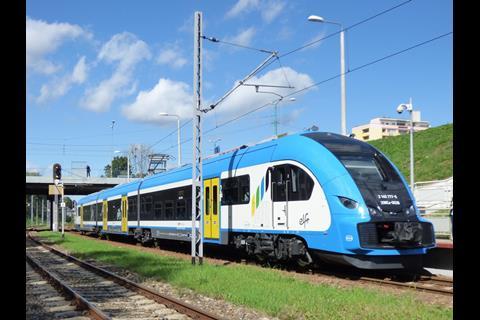 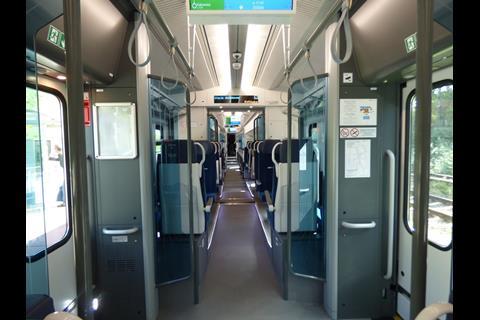 POLAND: The first of a fleet of Elf2 electric-multiple units being built for Koleje Śląskie by Pesa was officially launched in Katowice on September 13.

The Elf2 is an updated version of the manufacturer’s Elf family, of which 77 sets have been built for various operators since 2010. Pesa says it has developed the Elf2 as a response to changing legislation, technical standards and TSI compliance requirements, combining combine affordability with quality. The trains are fitted with GSM-R and onboard ETCS equipment.

The launch train was one of the three-car variants, 59 m long with seats for 154 passengers. The floor height is 760 mm above rail, which is standard for Poland, and the maximum speed is 160 km/h. All 19 sets are expected to be in service by the end of 2018.

The contract includes a series of follow-on options, and KŚ is understood to be evaluating the procurement of two more three-car units. Another five three-car and two four-car trains are due to be delivered to Podkarpackie voivodship, before the end of this year. National regional operator PolRegio is buying four two-car trains for 58m złoty, while Wielkopolskie voivodship ordered 10 five car trains for 238m złoty.

Speaking at the launch, Pesa CEO Robert Świechowicz recalled that the first Elf EMU had also been ordered by Śląskie. He emphasised the importance of support of the regional and national governments, which underpins investment in ‘modern, safe, European-standard rolling stock’.