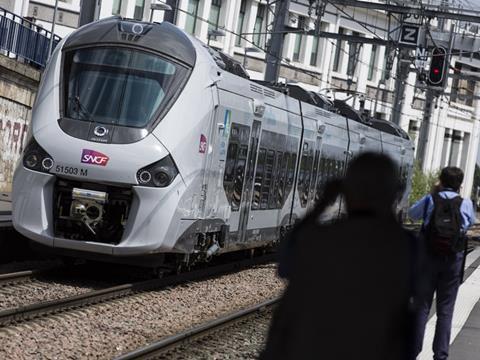 This follows from an initial 25 units ordered in 2009 which began entering service on the routes from Toulouse to Latour-de-Carol and Mazamet from July 2014.

The latest order is for the four-car suburban version of Alstom’s Coradia Polyvalent family, which has two doors per car-side rather than the one of the regional variant. The Midi-Pyrénées region has specified that they be fitted with passenger counting equipment, front destination displays and dedicated bicycle and luggage space.

So far 226 Coradia Polyvalent units have been ordered under a framework contract for up to 1 000 which SNCF signed in October 2009; 192 by 12 French regions, and 34 Coradia Liner units by the national government.