MTR Express to use Hagalund depot 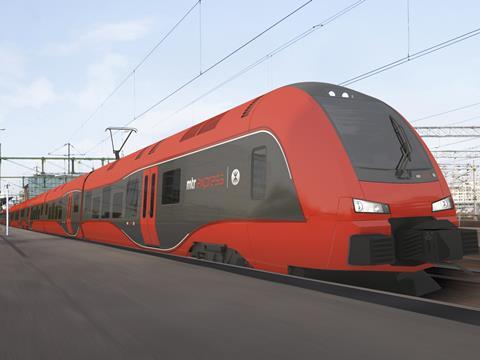 The EMUs will be based at the existing Hagalund depot in Solna, north of the capital, which Jernhusen says is one of the oldest and largest depots in northern Europe. Jernhusen has committed to invest SKr150m to build a new facility on the site of the existing Old Carriage Shed. This will be equipped with the latest technology for daily servicing and maintenance.

Development of the facilities will be undertaken by Jernhusen in co-operation with MTR Express and Stadler Sweden AB, which will maintain the trains.

MTR Express CEO Johan Söör said the 10-year agreement ‘shows the long-term nature of our investment’, adding that ‘we want to be a company that contributes to the Swedish transport market and improves efficiency’.