Pakistan Railways ‘out of intensive care’ 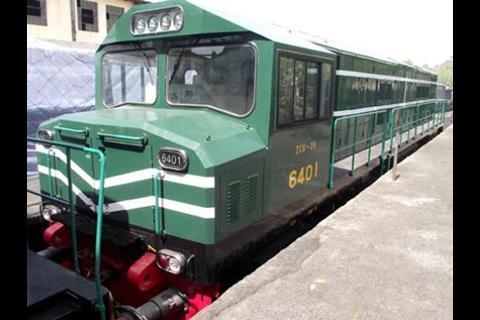 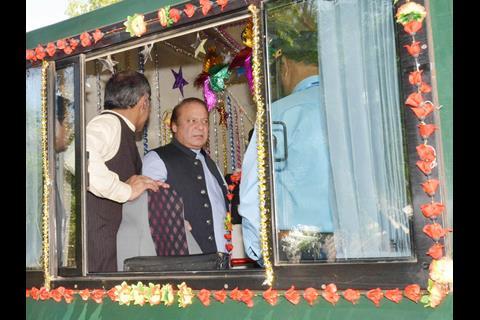 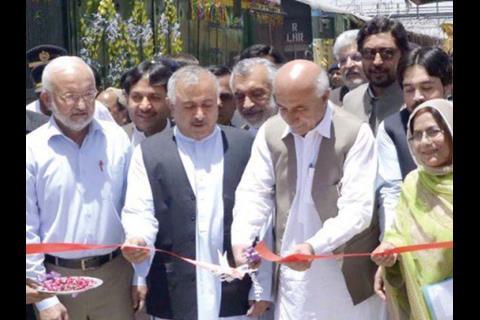 PAKISTAN: Minister of Railways Khawaja Saad Rafique has said Pakistan Railways is now ‘out of intensive care’. The federal budget for 2015-16 has allocated Rs41bn for PR’s non-staff costs, a business class Karachi – Islamabad passenger service has been launched and freight services to Iran restarted.

The 2015-16 budget allocation includes Rs0·9bn to acquire land for a container terminal and railway link at the port of Gwadar; Rs2·8bn for the mechanisation of track maintenance; Rs2·5bn for the procurement of 125 locomotives which would be assembled locally; Rs2·0bn for repairs to flood damage from 2010; Rs1·8bn for modernising the Karachi – Khanpur line; Rs2·5bn for resignalling the Lodhran Khanewal – Shahdara Bagh route; and Rs1·0bn for doubling and upgrading the Port Qaism – Bin Qasim line.

Additional wagons are also to be ordered, 100 existing locomotives will be repaired and returned to traffic and a feasibility study for a dedicated freight corridor will be commissioned.

A revived international freight service from Quetta to Zahedan in Iran was inaugurated on June 9, following an agreement between the two countries on May 18. PR had been operating a monthly train as far as Taftan to deliver post, food, water and salaries to employees, but freight trains have now returned to the Iranian section of the route after five years.

It is envisaged that oil traffic from Iran to Pakistan will cover the service’s operating costs, with additional traffic to include sulphur, coal and chemical imports to Pakistan and rice exports to Iran. At the inauguration the Chief Minister of Baluchistan province expressed hope that a passenger service would also be reinstated.

On May 14 Prime Minister Nawaz Sharif inaugurated Greenline Train, a daily business class passenger service which is timetabled to cover the Karachi – Islamabad route in 23 h 15 min. It has sleeping cars, full air-conditioning, wi-fi, meals, newspapers, improved toilets and online booking. Passenger lounges are to be provided at Rawalpindi, Lahore and Karachi.

Speaking at the launch of Greenline Train, the Prime Minister said he envisioned a train service would one day run from Kashi in China to Karachi, and from Pakistan to Turkey.