Predictive maintenance at the heart of Thameslink EMU depot 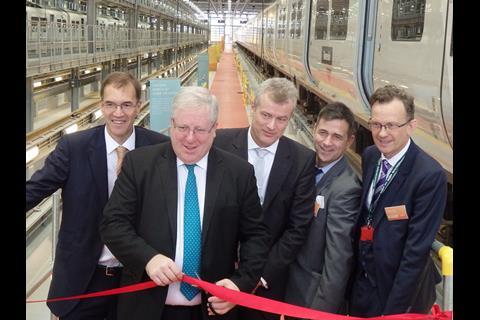 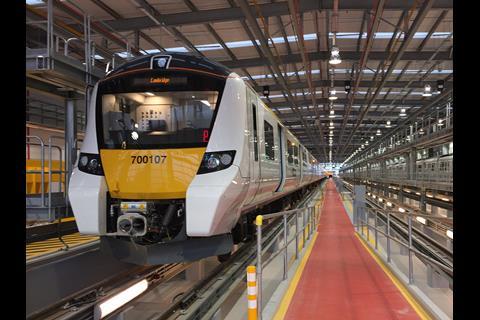 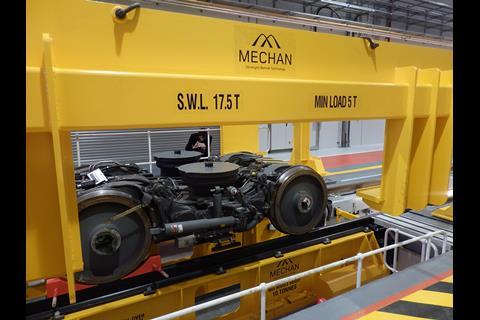 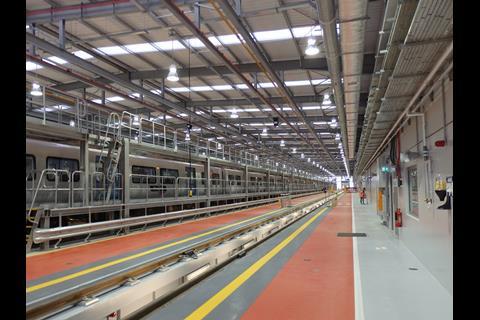 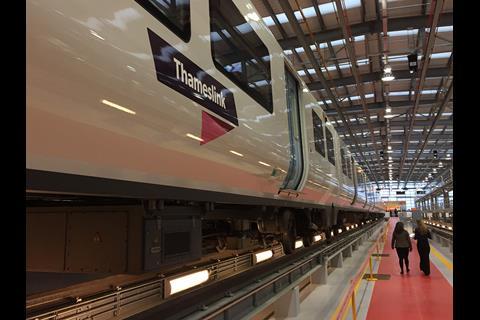 The depot will maintain the 115 Class 700 Desiro City electric multiple-units which Siemens is supplying for north–south commuter routes through central London.

The Department for Transport has ordered the EMUs under a 20-year deal with Cross London Trains, a special purpose joint venture of Siemens Project Ventures, Innisfree and 3i Infrastructure. Siemens has a separate contract for their maintenance, and ‘making sure our trains are available for service day-in, day-out, is key’, said Eickholt.

The main contractor for construction of the depot was VolkerFitzpatrick. Smart predictive maintenance lies at the heart of the design, with all trains arriving at the site able to pass through an automated inspection system supplied by MRX, which uses laser scanning to identify maintenance requirements.

The 265 m main building has five maintenance tracks, elevated for easy underfloor access. The site is on the 750 V DC third rail network, but one of the tracks has 25 kV 50 Hz electrification for testing the dual-voltage trainsets. There are also 11 sidings providing stabling for 172 cars, with facilities for emptying controlled-emission toilets.

The depot has a personnel protection system supplied by Zonegreen, as well as full signalling. There are two bidirectional train washing plants, a tandem-head underfloor wheel lathe supplied by Hegenscheidt-MFD, and two Mechan bogie drops. Other facilities include a KMW driver training simulator.

A second depot is being built at Hornsey in north London. The new depots will be ‘role models for Siemens projects all over the world’, said Eickholt. The experience gained at Three Bridges is being used to inform the development of the facility in Dortmund which will maintain double-deck EMUs ordered for the Rhein-Ruhr Express project.