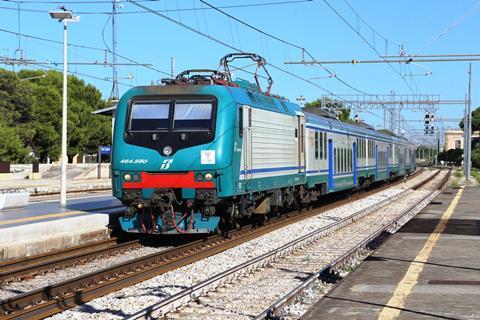 Built at a cost of €25m, the tunnel is 523 m long and has been excavated 30 m south of the existing single-bore Castello tunnel. RFI now intends to close this bore for gauge enhancement to give greater capacity through Ortona station.

The tunnel opening marks completion of a further stage of a comprehensive route modernisation programme covering more than 800 km along the Adriatic Corridor. It eliminates the last single-track bottleneck between Pescara and Termoli, and leaves the 33 km between Termoli and Lesina as the only single-track section on the 594 km Ancona – Lecce main line.

Plans to reroute this section, which hugs the sea and requires trains to slow to just 25 km/h in places, have proved highly controversial and long delayed. Work on a new double-track alignment is expected to start in August 2019.