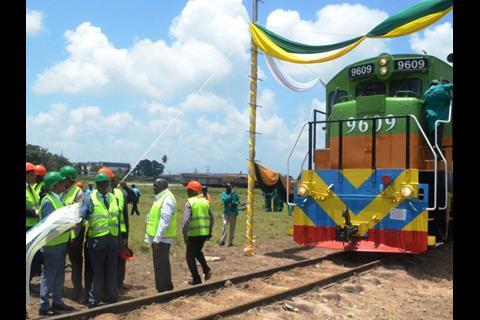 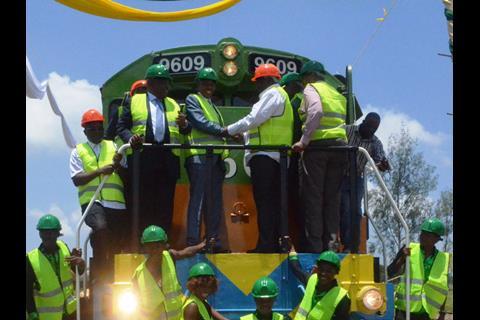 KENYA: Rift Valley Railways held a ceremony on September 18 to mark the commissioning of the first three of 20 second-hand GE B23-7 locomotives which have been acquired from the USA at a cost of US$25m and converted from standard to metre gauge.

The Kenya – Uganda railway concessionaire said they are the first locomotives delivered to Kenya or Uganda since 1987. The remaining 17 are scheduled to arrive over the next five months.

An US$20m asset financing deal with Standard Bank of South Africa and CFC Stanbic Bank has covered 80% of the cost of the locomotives.

Karim Sadek, Managing Director of RVR’s majority shareholder Qalaa Holdings (formerly known as Citadel Capital), said the arrival of the locomotives, combined with ongoing refurbishment of existing locomotives and rolling stock, would ‘have a transformative impact on the concession’s performance, doubling haulage capacity this fiscal year.’

Ongoing investment in the network means that the railway concession ‘is turning the corner’, Cabinet Secretary for Transport Michael Kamau said at the ceremony. ‘There are encouraging signs of bright days ahead in the railway sector which will positively impact many other sectors of the economy.’ The minister said he was ‘encouraged to see noteworthy recent improvements in operational performance, particularly in cargo transit time and the speed of evacuating cargo from the port.’

Last month RVR took delivery of a simulator which will be used for driver training.