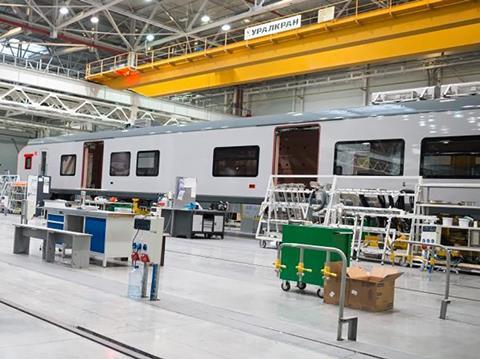 RUSSIA: Ural Locomotives and Russian Railways have signed an agreement to develop plans for a double-deck electric multiple-unit designed for inter-regional services.

A working group is to be established to produce a feasibility study and define the technical requirements, including the estimated costs of supply and maintenance under a lifecycle contract and the infrastructure works which would be required to permit their use.

The EMUs would have at least 80% domestic content. Ural Locomotives Director General Oleg Spai said the joint venture of Sinara Group and Siemens had successfully developed and produced single-deck electric trains, and was now ready to invest in expanding its range.