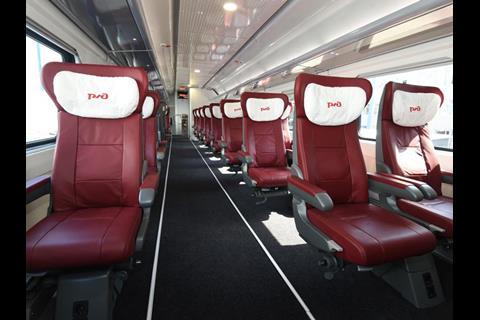 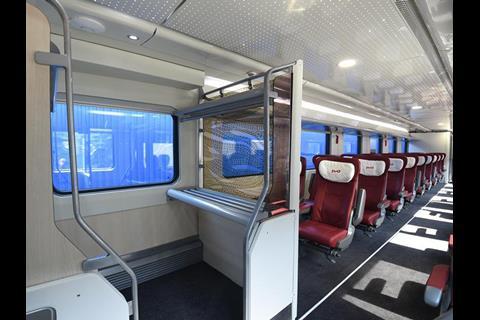 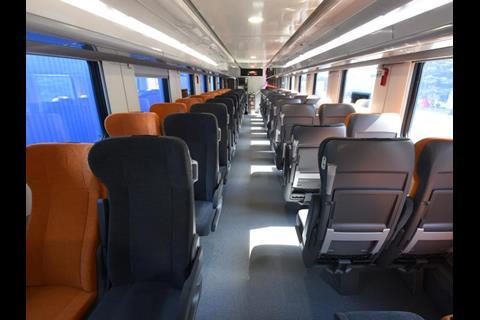 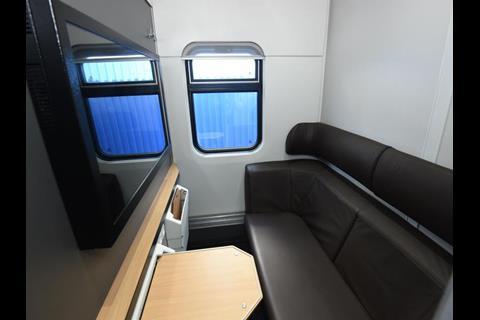 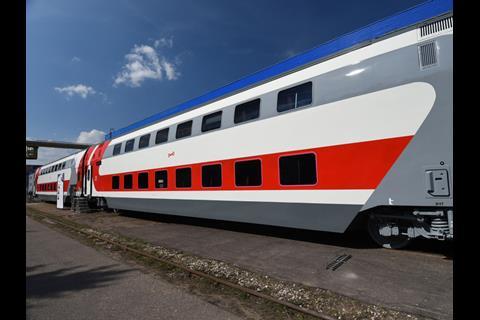 RUSSIA: Federal Passenger Co’s first double-deck seating cars are scheduled to enter service on July 31, on the Moscow – Voronezh route which has a journey time of 6 h 35 min.

The double-deck cars were ordered from Transmashholding’s Tver Carriage Works in August 2013 and delivered in June. Tver has previously supplied double-deck sleeping cars which entered service with RZD in November 2013, but these are its first modern seating cars for daytime services.

The interior was developed by Tver and Italian industrial design company Italdesign Giugiaro. The coaches have heating and air-conditioning, electronic information screens and retention toilets, as well as coat and baggage storage areas. Each seat has a folding table, lamp and electrical socket. Water coolers are provided, and there is a hot drinks and snack machine.