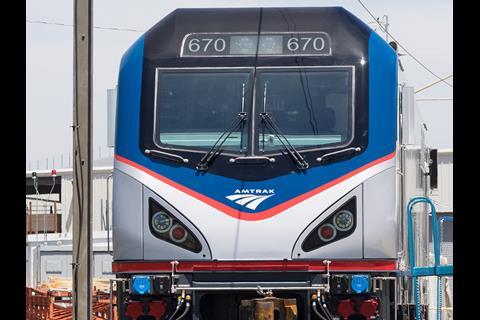 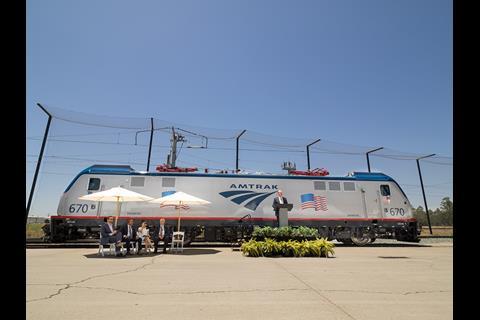 USA: The 70th and final Amtrak Cities Sprinter ACS-64 locomotive was handed over to the national passenger operator at Siemens’ manufacturing plant in Sacramento on June 2. Locomotive 670 is to be used on the Northeast and Keystone corridors.

‘Marking this important manufacturing milestone today, and our ability to produce these 70 locomotives ahead of schedule and on budget, is a testament to the strong partnership between Siemens and Amtrak throughout the project’, said Michael Cahill, President of Siemens Rolling Stock. ‘We will be proud to watch these workhorses continue to come to life on the Northeast Corridor.’

Each multi-system electric locomotive took an average of 7 000 h to build. The first was unveiled in 2013, and underwent a testing at the Transportation Technology Center facility at Pueblo, Colorado (RG 6.13 p40). The first locomotives entered revenue service in February 2014.