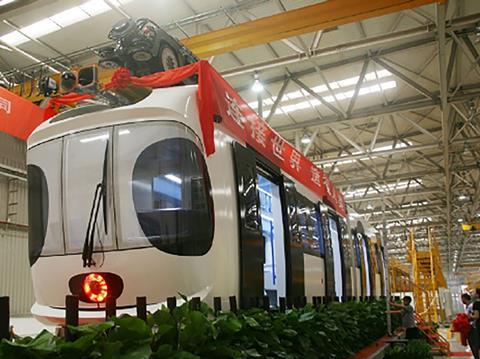 CHINA: A ‘Sky Train’ suspension monorail vehicle designed for use in smaller cities and ‘scenic places’ has been unveiled at the Nanjing plant of CRRC subsidiary Nanjing Puzhen Co.

The two-car set has a capacity of more than 200 passengers. It is powered by onboard batteries which would be recharged during stations stops.

CRRC said it had taken just four months to design and construct the vehicle which was rolled out on September 10, and China was the third country to develop the technology after Germany and Japan.

CRRC said the concept offered lower costs than a metro, with the ability to negotiate steeper gradients and tighter curves.