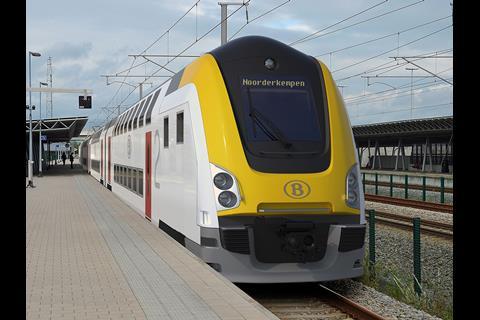 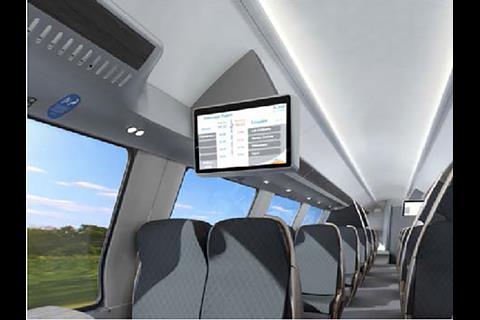 BELGIUM: National operator SNCB signed a €1·3bn firm order for 445 Type M7 double-deck passenger vehicles with a consortium of Bombardier and Alstom on December 18. There are options for up to 917 more vehicles which would take the total value to €3·3bn.

The M7 cars would be able to operate as either electric multiple-units or as locomotive-hauled trains with the existing M6 double-deck coaches supplied by the same consortium.

Deliveries under the firm order are scheduled to take place between September 2018 and 2021. The new fleet will increase seating capacity, be suitable for 200 km/h operation and enable the replacement of older vehicles which are unable to be fitted with ETCS, as well as supporting SNCB’s aim to reduce the number of trainset types from 14 to eight by 2023.

The initial order covers around 90 trainsets. Bombardier's share is worth €787m, and includes the supply of 65 BDx driving cars, 145 B second class and 145 AB first and second class intermediate cars from its Brugge plant. The driving cars will feature wheelchair access and space for bicycles.

Alstom's share of the initial contract is worth €471m and includes the construction of 90 Bmx driving motor cars at its Valenciennes plant, as well as the supply of ETCS Level 2 equipment for the whole fleet with the support of its electrical and signalling site in Charleroi. The fleet will also be fitted with the TBL1+ train protection system.

The consortium said the M7 design would be derived from the ‘very successful and highly reliable’ M6 cars, and is intended for use on all Belgian main lines, including high speed lines, and for operation into the Netherlands and Luxembourg.

The M7 cars will have a ‘completely redesigned interior’, based on feedback from 240 representatives of user groups who inspected an M6 car modified to test the design proposals. There will be LED lighting, an improved passenger information system, more leg room and luggage space and power sockets.