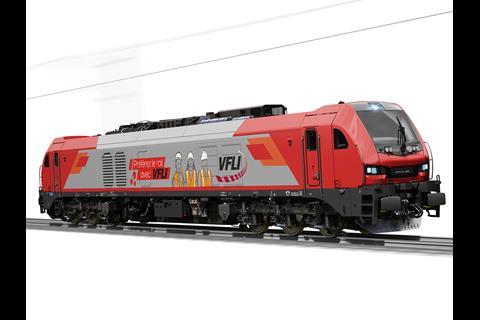 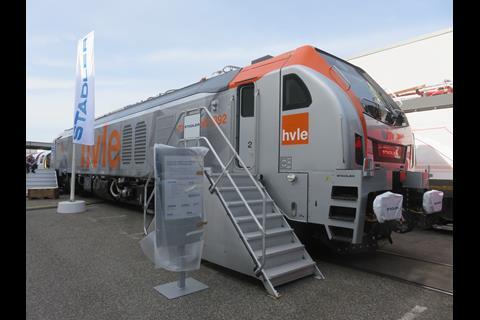 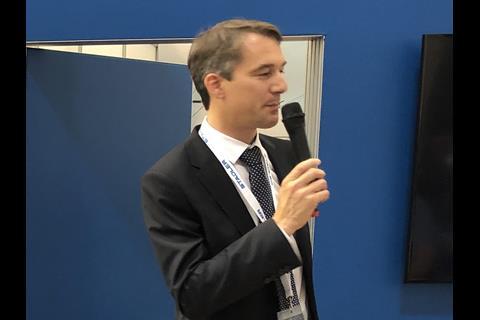 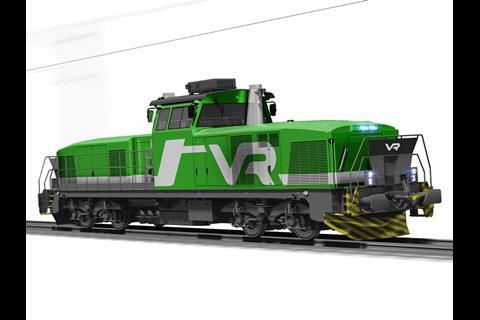 EUROPE: Stadler says that its family of six-axle diesel, electric and bi-mode Eurodual locomotives are ‘30 to 40% better in terms of track forces’ than ‘most of the four-axle locos in use around Europe today’.

Antonio García Ricos, Engineering Vice-President of Stadler Valencia, told the Transport Logistic trade show in München on June 5 that what the company sees as ‘an almost perfect bogie design’ meant concerns from operators and infrastructure managers about the effect of Co-Co locos on track could now be overcome. ‘This is not just theoretical, we can demonstrate the performance’, he said.

Stadler was updating guests on development of the Eurodual electro-diesel design which is now being used in Germany by launch customer HVLE. In the future, Stadler will offer a modular family of pure diesel, pure electric and bi-mode six-axle locos, recognising that many operators ‘need a mix of all three in their fleets’.

Alain Llor, Commercial Director of freight operator VFLI, said that it hoped to become the first operator in France to use the Eurodual when it adds the prototype loco to its fleet later this year, in addition to an order for 12 Euro4001 diesel locomotives placed last year.

Stadler continues to extend the capability of the Eurodual as it seeks to establish what it terms ‘a universal loco’. It intends to showcase its most ambitious variant at InnoTrans 2020; this would be rated at 9 MW in electric mode, be capable of operating from four power supplies, and be equipped with two diesel powerpacks rated at a combined 1·9 MW.

Meanwhile, Stadler says that the fleet of 60 lightweight centre cab diesel locos it is supplying to Finland’s VR Group under a contract signed on April 18 will form the basis for a new range of smaller locos. Intended to be powered by diesel powerpacks, batteries or overhead supply, the family would be produced at Stadler’s Valencia plant. ‘We still see a lot of demand from the market for this type of locomotive’, a spokesman told Railway Gazette.