Ukrainian Railways locomotives under construction in the USA 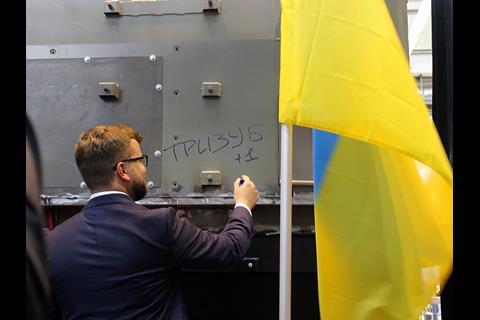 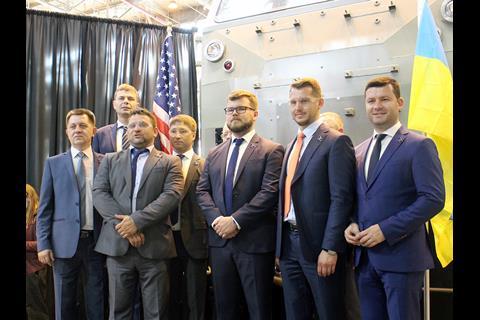 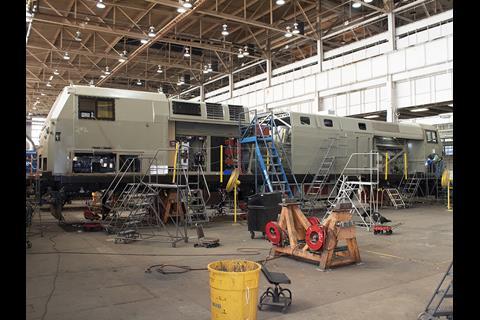 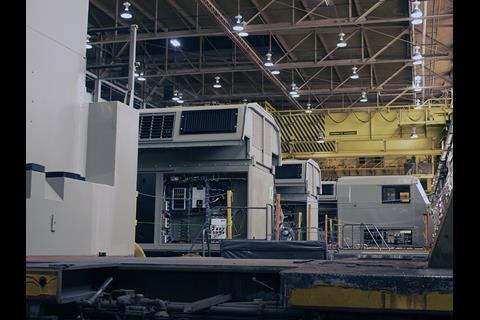 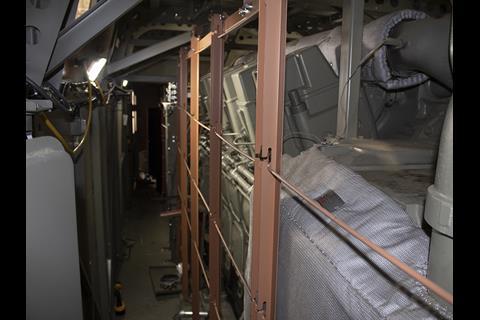 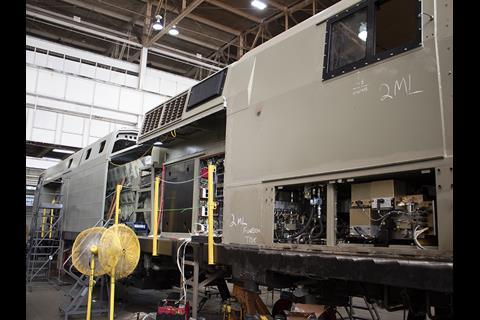 UKRAINE: GE Transportation has rolled out the first of 30 TE33A Evolution Series locomotives which it is building for Ukrainian Railways at its plant at Erie in the USA. The final 10% of assembly work as well as painting of the locomotives is to be undertaken in Ukraine under a localisation agreement.

UZ ordered the locomotives on February 23 to meet a requirement for additional locos to haul heavy bulk agricultural product and metals trains. The order is being financed by Ukreximbank. The modern locomotives are expected to offer improved reliability, lower emissions, longer scheduled maintenance intervals and lower lifecycle costs than UZ’s legacy diesel fleet, 90% of which is estimated to have exceeded its planned service life.

‘This locomotive is the ideal solution for Ukrainian Railways to achieve those goals in a competitive market’, said Yuvbir Singh, Vice-President of Equipment for GE Transportation, at the official roll out of the first of the locos on July 10.

The order was placed a part of a framework agreement which includes provision for GE to deliver kits for the assembly of up to 195 additional locomotives over 10 years, to provide long-term maintenance services and to undertake a programme to modernise UZ’s existing fleet, which could take the overall value to US$1bn. Regular maintenance is to be performed at UZ’s regional depots, with GE providing support for more extensive scheduled overhauls.

Chinese and European locomotive builders had also expressed interest in the contract.

The deal ‘represents the next step in Ukraine’s long working relationship with GE’, said Yevgen Kravtsov, Acting Chairman of the Management Board of Ukrainian Railways when he visited Erie to see the locomotives under construction. ‘Our partnership will not only upgrade our fleet, but modernise Ukraine’s transportation infrastructure and further cement our country’s position as a key transit hub between Europe and Asia and ensure Ukraine’s export potential. It will also spur local economic development and job growth.’

GE Transportation originally developed the TE33A for Kazakhstan, where the majority of the locomotives of the type are now produced. It is derived from GE’s North American ES44AC design, adapted for the 1 520 mm gauge market and complying with GOST technical standards. Powered by a 12-cylinder 4 500 hp Evolution Series engine which, meets UIC Stage IIIa emission standards, it is designed for operation in temperatures between -60°C and +45°C.