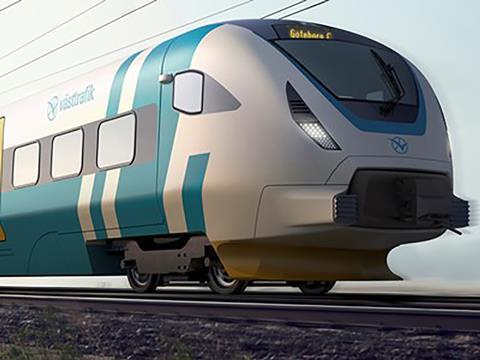 The order has been placed as an option on a SKr3·8bn contract for an initial 40 of the units which was announced in March and included provision for up to 60 more to be ordered.

The 200 km/h three-car EMUs which are scheduled to be delivered from the second half of 2021 will offer around 270 seats, wi-fi, a low-floor area and multi-purpose areas for wheelchairs, pushchairs and bicycles.

Västtrafik Chairman Lars Holmin said there had been a strong growth in ridership in recent years, and the fleet would have to be expanded to cope with demand. In addition, older rolling stock needed to be replaced.