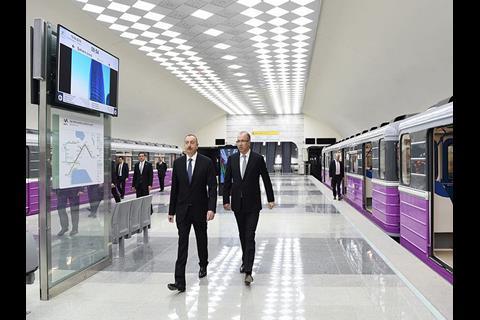 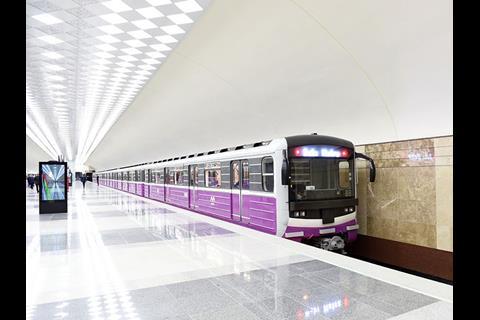 AZERBAIJAN: President Ilham Aliyev opened the third metro line in Baku on April 19. The two-station Line 3 is designated the Violet Line and links Avtovağzal with Memar Əcəmi-2, where interchange is provided with the Green Line.

Construction started in September 2009 and tunnel boring started in February 2011. At 144 m, the platforms are longer than those on the other two lines, and are able to accommodate seven-car trains as opposed to five-car trains.

Line 3 is due to be extended from Avtovağzal to Garachukhur on the Green line. During the opening ceremony, Baku Metropoliten CEO Zaur Hüseynov announced plans for further expansion of the network. By 2030 the Green Line is to be made into a circular line, and two radiating lines, designated Yellow and Blue, will be added to the 1 520 mm gauge network.