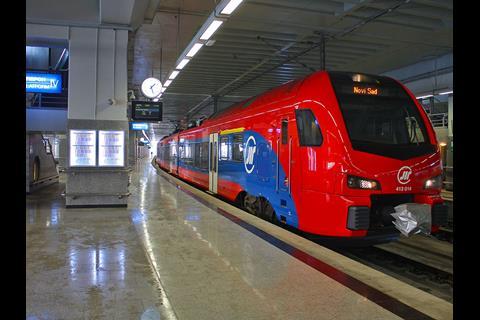 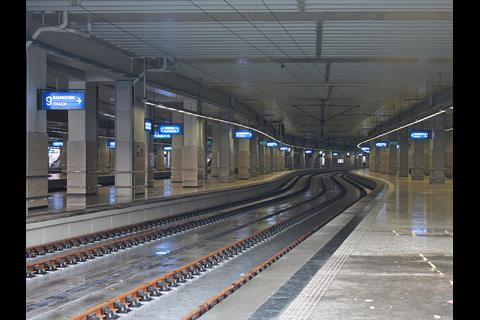 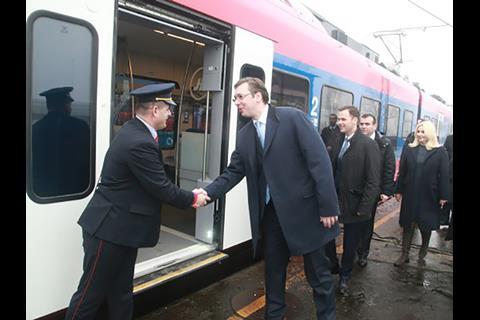 SERBIA: Prime Minister Aleksandar Vučić inaugurated the first phase of Beograd’s future main station on January 26. Eight of the 10 tracks and five of the six platforms at Beograd Centar (also known as Prokop) station are now being used by two daily return services to Novi Sad and 105 suburban services a day.

Construction was undertaken by Energoprojekt, ZGOP and AŽD, which began work in December 2014 under a €25·8m contract financed by a Kuwait Fund for Arab Economic Development loan which had been signed on December 10 2012.

The station building and access roads are to be built under the next phase, which is scheduled for completion in 2018. It is envisaged that the current main station located closer to the city centre will then close; transferring inter-city and international trains from the old terminus to the new though station would shorten their route and release 80 acres of land for redevelopment.

The construction of a new main station in Beograd has been proposed for more than 80 years, with more than 30 plans put forward between 1945 and a final agreement in March 1971. Construction of Beograd Centar began in December 1976. The railway infrastructure was partly finished in 1977-78, but work was abandoned in late 1978 on the grounds of cost. Trains were able to run through the station site from 1984 when a new bridge over the River Sava was completed.

Work restarted in 1996, but once again stopped owing to financial difficulties in 2001. From the mid-1990s the station was in limited use for suburban services.