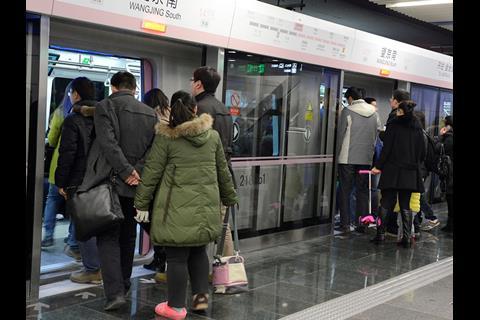 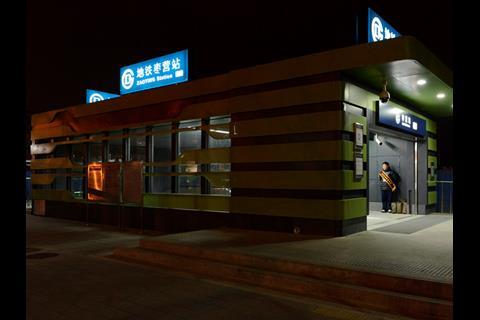 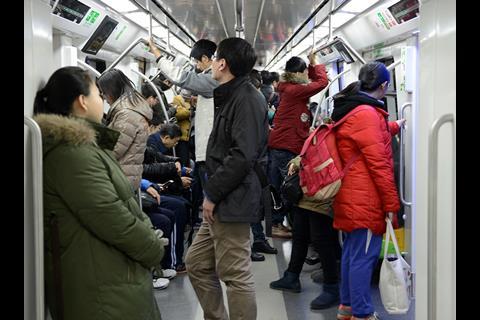 CHINA: No fewer than eight new metro lines or extensions were opened for revenue service in four cities on December 28, followed by two more on December 30, as the various administrations continue to expand their urban rail networks in a bid to alleviate growing traffic congestion.

Four lines began trial operation in Beijing, expanding the capital’s metro network by adding 62 route-km or 13% to a total of 527 km. The new Line 7 runs eastwards from Beijing West Station across the south of the city to Jiaohuachang in the southeast, serving 17 intermediate stations. Interchange is provided to Line 4 at Caishikou, Line 5 at Ciqikou and Line 10 at Shuangjing. Phase 2 of Line 6 extends the route from Caofang to Lucheng in the eastern suburb of Tongzhou, adding seven stations of which two have yet to open.

The eastern portion of line 14 connects Line 6 Jintailu with Shan’gezhuang via Wangjing, where an interchange is provided to Line 15. That line has been extended west Guanzhang to Qinghuadonglu Xikou, serving five intermediate stations including interchanges to Line 5 at Datunlu Dong and Line 8 at Aolinpike Gongyuan.

Operated by Hong Kong MTR Corp under a PPP concession, Line 14 is the first route in the capital to be equipped with wide-bodied trains to increase capacity. For the same reason, Line 6 is being operated by eight-car trains rather than six-car sets.

According to Xu Chengyong, Head of Metro Construction at the Beijing Urban Construction Design & Development Group, the new lines have been designed to be ‘more passenger-friendly’, with larger passageways to improve throughput at key interchanges as well as more spacious rolling stock.

The Beijing metro network is currently carrying around 10 million passengers a day, and will have 19 lines in operation by the end of 2015. The network is expected to reach 1 000 route-km by 2020.

Shanghai Metro opened two extensions on December 28. Line 13 has been extended from its former terminus at Jinshajianglu to an interchange with Line 7 at Changshoulu, serving two intermediate stations, with a third due to open in 2020. Line 16 was extended from Luoshanlu to Longyang.

December 28 also saw the opening of a 16·8 km extension of Wuhan metro Line 4 from Wuchang station to Huangjinkou, tunneling under the Yangtze River between Fuxinglu and Lanjianglu. Under construction since November 2012, this extension runs mostly in tunnel apart from a 3·2 km elevated section. Opening of the extension brings the total length of Line 4 to 33·2 km; it is operated by a fleet of Type B trainsets supplied by CSR Zhuzhou and CNR Chanchun.

Wuxi Metro opened its 26·6 km Line 2 on December 28, using a fleet of Type B trainsets supplied by CSR Puzhen. Linking Meiyuan Kaiyuansi in the west and Anzhen in the east, the cross-city line intersects with Line 1 at Sanyang Square; it runs mostly in tunnel apart from 6·6 km of elevated alignment.

On December 30 Chongqing opened an 11·7 km extension of monorail Line 2 from the former terminus at Xinshancun to Yudong, where interchange is provided with monorail Line 3. The same day also saw the opening of metro Line 6 between Wulidian and Chayuan. Running partly underground and partly elevated, this route connects the city centre with the southeastern suburbs, crossing the Jialing River on a bridge, and tunnelling under the Yangtze.