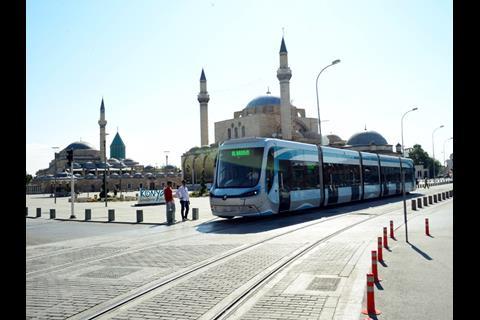 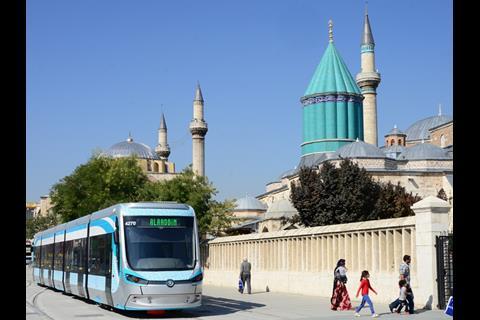 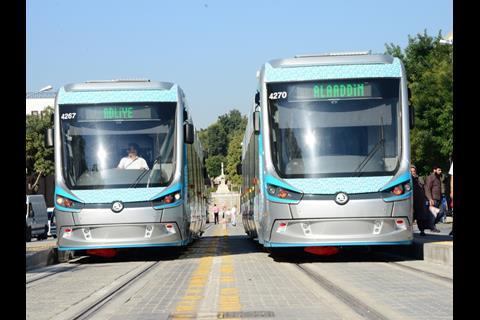 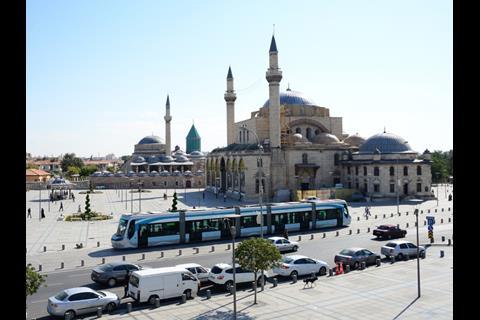 TURKEY: The first section of catenary-free tram line in Konya opened on September 29, with free travel available until October 31.

The 4·4 km Route 2 leaves the southern end of the north-south Route 1 at Alaaddin and runs east to Adliye, with six stops.

A 1·8 km section in the historic city centre has no overhead wires. The Škoda ForCity Classic 28T trams operating the route are fitted with roof-mounted nano-lithium-titanium batteries that enable catenary-free operation for up to 3 km, and are recharged through the pantograph. Konya procured 12 of these as a follow-on order from 60 trams purchased from Škoda Transportation in 2013.

Earlier this year Sarajevo acquired 20 of the ex-Köln Duewag trams that formed the fleet when the initial section of the Konya tram network opened in 1991.