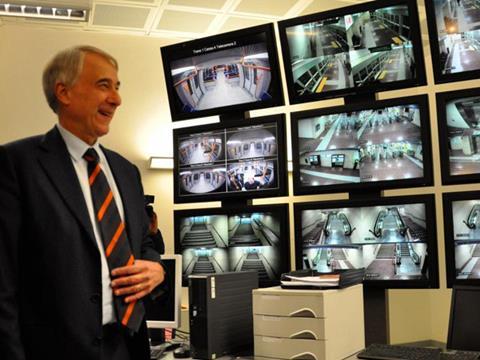 ITALY: The inaugural journey on Line M5 of the Milano metro took place on February 5, ahead of the start of full service on February 10 at 11.00. The ceremony to mark the opening of the first fully automated line on the network was attended by Mayor Giuliano Pisapia.

The seven-station first phase, construction of which started in 2007, connects Bignami and Zara. An extension to Garibaldi with an intermediate station at Isola will open by the end of the year, adding 1·9 km to the 4·1 km now operational. This will also add an interchange with Line M2 at Garibaldi, in addition to one with Line M3 at Zara.

The journey between Bignami and Zara takes 8 min. Trains will initially run at a 6 min frequency from 6.00 to 22.00 while the extension to Garibaldi is finished. Once this opens, the frequency will double.

The AnsaldoBreda driverless trains are smaller and shorter than trains on the other three metro lines. Each trainset has room for 536 passengers, giving a capacity of 5,000 passengers/h in each direction.

The line is being built and operated by Metro 5 SpA, a consortium of Astaldi, Ansaldo STS, AnsaldoBreda, Alstom and Milano transport operator ATM.