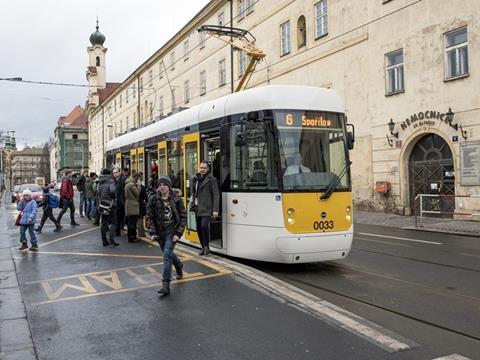 CZECH REPUBLIC: Passenger-carrying tests of a locally-built prototype tram started on routes 5, 6 and 7 of the network in Praha on February 1, and will run until the end of August.

The EVO1 tram, also known as Evička, was built at the central workshops in Hostivař by the Alliance TW Team of tram operator DP Praha, Pragoimex, Krnovske opravarny a strojíry and VKV Praha. It was presented in June and has undergone 5 000 km of non-passenger tests.

The 15 m long single-section 100% low-floor tram has capacity for capacity for 110 passengers, including 30 seated. It has four doors and is air-conditioned. Were series production to begin, it would be aimed at export markets.