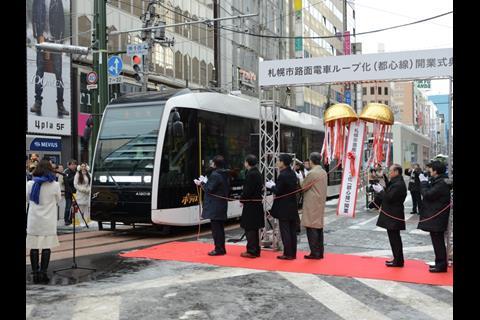 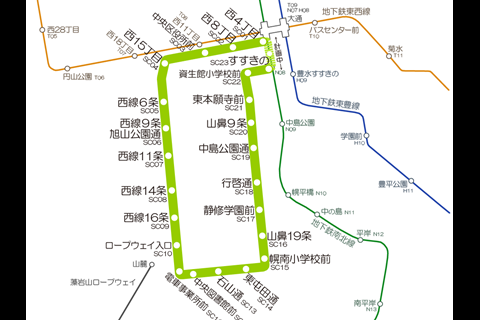 JAPAN: Ceremonies were held in the northern city of Sapporo on December 19 to mark the completion of a 449 m city centre tramway link, which opened for revenue service the following day.

The new line connects the northern terminus of the Yamahana Line at Susukino with the eastern terminus of the Ichijo Line at Nishi-Yon-Chome, adding one intermediate stop at Tanuki Koji. In conjunction with the Yamahana-Nishi Line to the west, the new link will enable Sapporo’s three tram routes to be combined as a single circular route around the city centre.

Interchange with all three of Sapporo’s rubber-tyred metro lines is provided at Nishi-Yon-Chome, while Susukino provides a connection with the Namboku Line.