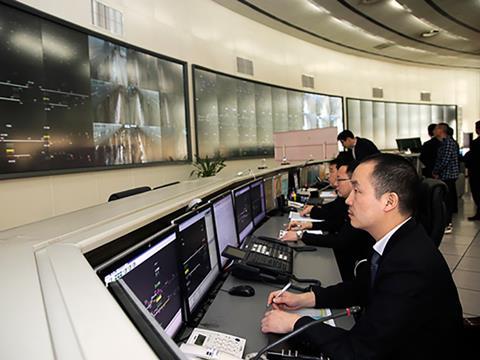 CHINA: The National Development & Reform Commission has approved the third phase of the Xi’an metro plan. The planned projects would add 150 km to the network, taking the total to 423 km and 12 lines.

The third phase of Line 1 would extend the route westwards by 10·5 km to Senlin Gongyuan, adding seven stations. The five-year project is expected to cost 7bn yuan.

Line 2 is to be extended at both ends: north from Xi’an Bei Railway Station to Caonanbei and south from Weiqu Nan to Changning. The two extensions would have a combined length of 7 km and would add four stations at a cost of 4·3bn yuan.

The circular Line 8 would serve 35 stations on a 50 km alignment. It is due to be built over seven years at a cost of 38·3bn yuan. The initial phase of Line 10 would link Yangjiazhuang with Shuijing Gongyuan on a 34·6 km north-south alignment serving 15 stations. The 17·7bn yuan project would take six years to build.

Line 14 is to serve eight stations between Xi’an Bei Railway Station and Heshaocun, including an interchange with Line 10 at Xuefulu. The 13·8 km east-west route is expected to cost 8·3bn yuan and take three years to build.

The first phase of Line 15 would link Xiliu with Chaojiawan, serving 11 stations on a 19 km alignment. The five-year project is expected to cost 12·4bn yuan.

The initial phase of Line 16 is planned to take five years to develop at a cost of 8·9bn yuan. The 15·1 km line would serve eight stations between Fengdong Xiaozhen and Nengyuan Sanlu.