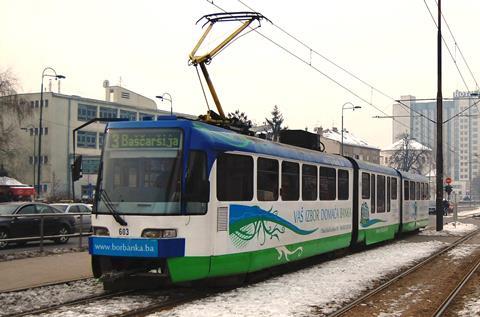 BOSNIA: The Sarajevo Canton government approved €69·5m of transport funding for the capital on October 17.

The largest project by value is the purchase of 20 trams, which has been allocated €41m. A further €23·5m is being put towards a 6·4 km tramway extension from the current western terminus of Ilidža to Hrasnica, which would add 11 stops.

According to the canton’s transport minister Adnan Šteta, the project documentation is ready and the government expects to obtain a building permit shortly. The extension is expected to spur the development of new housing that would accommodate at least 20 000 people.

In April a feasibility study was launched for the construction of a cable car from Hrasnica to Bjelašnica mountain and the Bosna Spring.

The government has also allocated €5m for the reconstruction of the trolleybus wires and substations on the route between Vogošća and the railway station. This route has been abandoned since the war of the 1990s.