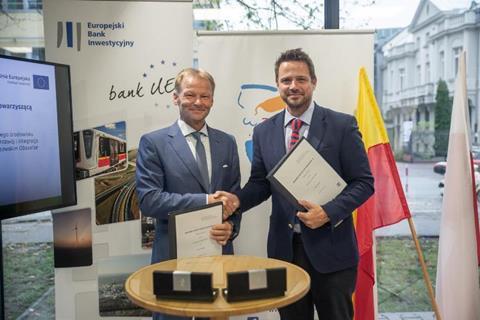 POLAND: The city of Warszawa signed a loan agreement with the European Investment Bank on September 26 covering extensions of metro Line 2.

The 1·5bn złoty loan is to be put towards extensions at both ends of the east-west line. A 9·3 km western extension is to be built in phases from the existing terminus at Rondo Daszyńskiego to Karolin, where a depot is to be constructed.

A 7·1 km northeastern extension is being built from Dworzec Wileński to Bródno. The first phase of this opened to passengers earlier this month, taking the line to Trocka.

EIB previously provided financing for the construction of the initial section of Line 2, which opened in 2015, and the purchase of rolling stock for both metro lines.