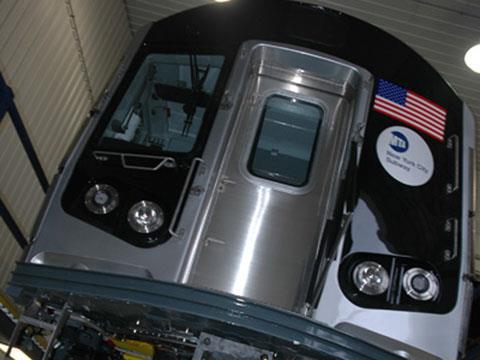 USA: New York Metropolitan Transportation Authority confirmed on November 26 that CBTC had been activated along the length of the 7-Flushing Subway line.

The 16 km Flushing Line runs from 34th Street/Hudson Yards in Manhattan to Main Street, Flushing via Queensboro Plaza, carrying both local and express services at peak times on an alignment which is partly triple tracked. The alignment is not shared with other Subway routes.

Installation of CBTC has been underway since 2010 when initial trials were carried out. In June 2010 MTA awarded Thales a $343m contract covering core CBTC technology and non-proprietary, free-space wireless radio communication between the train and wayside equipment.

MTA says that while CBTC is now live along the length of the line, more transition work will take place in the coming weeks. The 7-Flushing route becomes the second Subway line to be resignalled with CBTC following the L-Canarsie, where work was led by Siemens and completed in early 2009.

CBTC is currently being installed by both Thales and Siemens on a section of the Queens Boulevard line used by several routes under contracts awarded in July 2015.