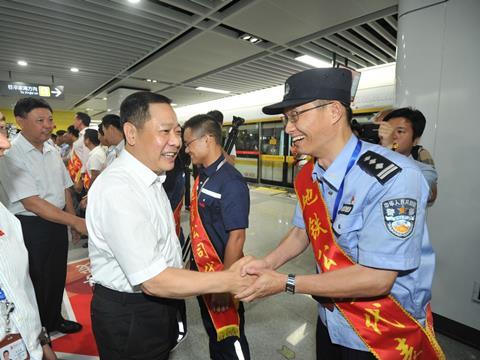 CHINA: Trial operations on the second line of the Nanchang metro began at 10.00 on August 18.

Line 2 serves 17 stations on a 19·6 km alignment between Metro Central in the north and Nanlu in the south. Interchange is provided with Line 1 at Metro Central, and Nanchang West railway station is also served.

Line 2 will eventually reach 31·7 km. The next phase would extend it east from Metro Central to Xingjia’an via the city’s main railway station.