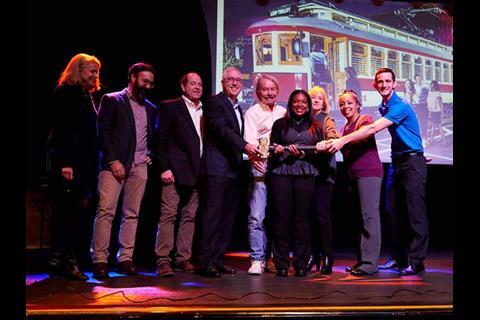 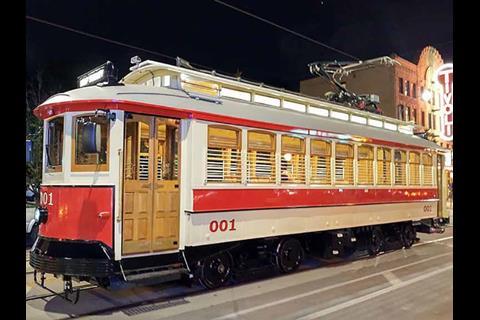 USA: The southeastern part of the Delmar Loop Trolley heritage-style tramway in St Louis was inaugurated on November 16. The opening was delayed by a day because of heavy snowfall.

The 2 km route runs from Missouri History Museum/Forest Park to Delmar Loop, serving six stops. The western 1·5 km section with four stops from Delmar Loop to University City Library has not yet opened. Services operate from Thursday to Sunday between midday and 20.00, with hours extended until 23.00 on Fridays and Saturdays.

Three vehicles service the line. Two replica trams made by Gomaco in 1991-92 were purchased from Portland Vintage Trolley. These use refurbished bogies from the 1940s. Three ex-Melbourne trams were bought from the Seattle Waterfront Streetcar, which closed in 2005. One of these has been restored by Gomaco, while the other two are stored for possible future refurbishment.

In July 2010 the Federal Transit Administration approved a $25m grant for the project. Construction began in March 2015.