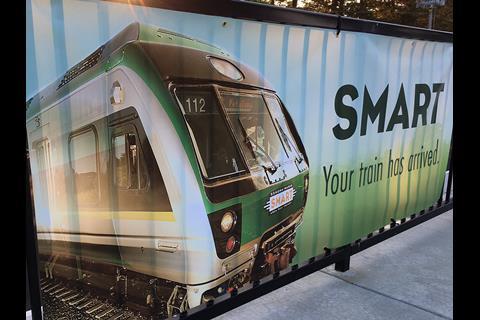 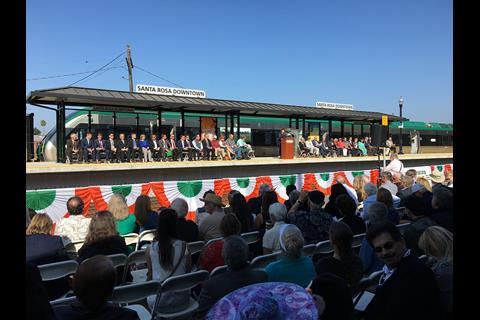 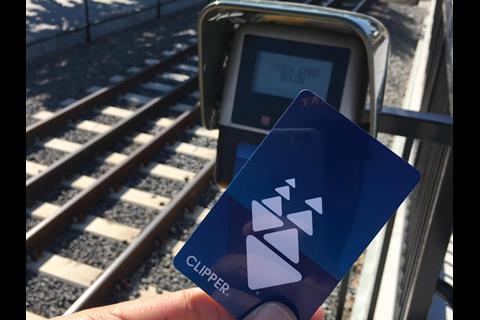 USA: Celebrations on August 25 marked the opening of the Sonoma-Marin Area Rail Transit commuter line in the North Bay area of California. T-shirts and free travel were offered on the first day, followed by half-price travel until the introduction of normal fares on September 5.

SMART runs for 69 km from Sonoma County Airport to San Rafael, and initially has 10 stations. The infrastructure has been built by a joint venture of Stacy & Witbeck and Herzog using a partially disused railway alignment.

There are 34 weekday and 10 weekend trips, operated using a fleet of 11 two-car diesel multiple-units supplied by Sumitomo and Nippon Sharyo. The 127 km/h DMUs have Cummins engines, a capacity of 300 passengers, 2+2 seating, free wi-fi, an Americans with Disabilities Act-compliant toilet and space for up to 24 bicycles.

In June Stacy & Witbeck and Herzog were awarded a $36·3m contract to build a 3·5 km extension from San Rafael to Larkspur, connecting with ferries to San Francisco. This is expected to open in early 2019; at present SMART passengers can use connecting bus services free of charge. An extension north to Cloverdale is also planned, taking the route to 110 km.