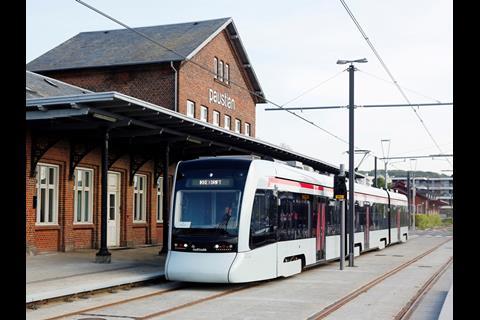 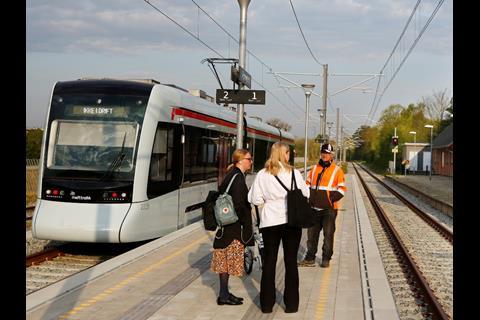 DENMARK: The first phase of the Aarhus Letbane light rail network was completed with the entry into service of the last sections on April 30.

The 69 km single-track railway between Aarhus H and Grenna to the northeast has reopened as a light rail line having been closed since 2016 for modernisation including electrification; 14 stations were refurbished.

Services operate between 05.14 and 23.14, running every 30 min between Aarhus H and Ryomgaard. Every other service continues to Grenaa, and there are plans to run every train to the end of the route. The journey time from Aarhus H to Grenaa is 73 min.

Construction of the network began in June 2013 and was undertaken by a consortium of Stadler and Ansaldo STS. Stadler has supplied 12 three-section Tango tram-trains to operate Odder – Grenaa services and 14 low-floor Variobahn trams for the tram section in the city centre.