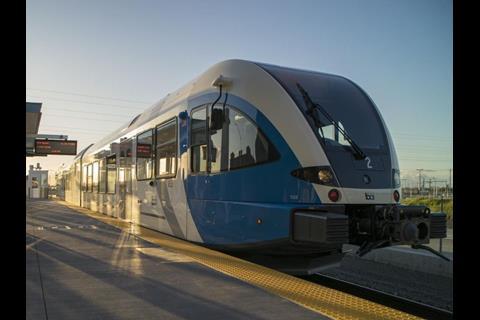 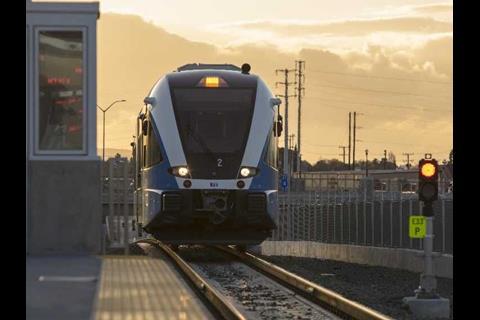 USA: A 16 km route linking the BART terminus at Pittsburg/Bay Point with Antioch to the east of San Francisco, with an intermediate station at Pittsburg Center, was inaugurated on May 25. Passenger services started the following day.

Known during construction as eBART, the route running along the median of State Route 4 is built to standard gauge rather than the 1 676 mm gauge used on the remainder of the BART network. As it is for the exclusive use of the commuter services, the line is not subject to regulation by the Federal Railroad Administration.

Services are operated with a fleet of eight GTW 2/6 diesel multiple-units supplied by Stadler Rail from its Bussnang plant in Switzerland under a $58m contract awarded in 2014. These are BART’s first non-electric trains, and use ‘renewable diesel’ biofuels, meeting EPA Tier 4 emissions regulations.

The $525m project cost was funded from a variety of sources, including a $5·2m contribution from BART.