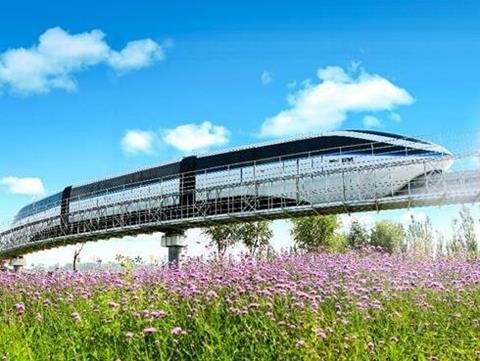 The 5·7 km route with eight stations uses a fleet of seven three-car trainsets travelling at up to 80 km/h. Each trainset has capacity for 170 passengers.

Construction started in April and cost 600m yuan. The project was developed by BYD. The bus, car and battery manufacturer unveiled a prototype of its SkyRail monorail at a test track at its Shenzhen headquarters in October last year, marketing it as suitable for small and medium sized cities, as well as tourist attractions and central business districts.