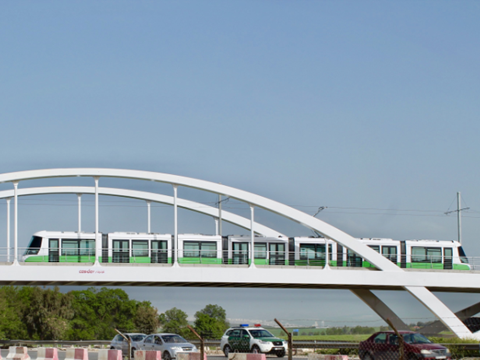 ALGERIA: An extension of the Constantine tramway to the new city of Ali Mendjeli entered revenue service on May 3. The 6·9 km extension runs south from the terminus of the initial route at Zouaghi and adds five stops.

In July 2015 Entreprise du Métro d’Alger awarded a turnkey contract for the extension to a consortium led by Alstom and including Corsan, Corviam and Cosider Travaux Publics. Alstom has supplied railway systems and 24 new trams from a factory in Annaba owned by the CITAL joint venture of Alstom Transport (43%), Alstom Algeria (6%), Ferrovial (41%) and EMA (10%).

A further 3·4 km extension is under development. The initial 8·1 km route opened in 2013 between Zouaghi and Benabdelmalek.