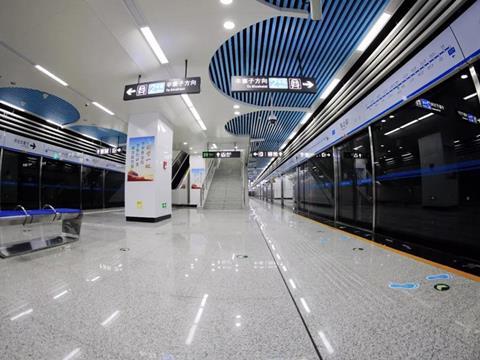 CHINA: A one-station extension of Dalian metro Line 2 was inaugurated on June 28.

The 3·1 km underground extension runs from Dalian Airport to Xinzhaizi, where interchange will be provided with the future Line 4.

Line 2 is to be extended by 15·3 km north-east from Xinzhaizi to Dalian North Railway Station, adding eight stations, later this year.