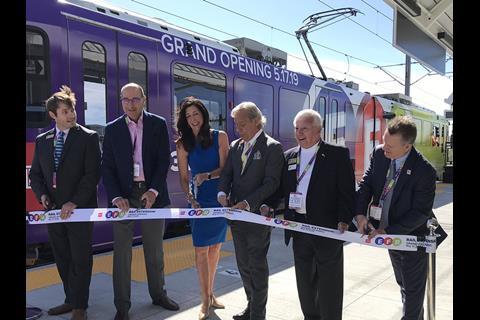 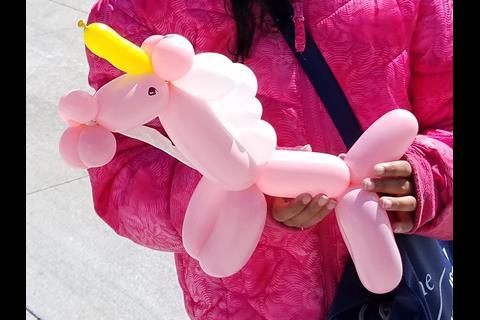 USA: The Southeast Rail Extension of the Denver light rail network from Lincoln Station to RidgeGate Parkway was opened with a ceremony on May 17. There were celebrations and free travel the following day, before the start of the new timetable on May 19.

The 3·7 km extension is shared by routes E, F and R. The alignment follows the Interstate 25 corridor south from Lincoln Avenue to Sky Ridge, turning east via Lone Tree City Center to reach the terminus at RidgeGate Parkway where there is a park-and-ride site with space for 1 300 cars.

The Regional Transportation District board gave the go-ahead for the project in July 2014. Balfour Beatty Infrastructure Inc was selected as contractor, and construction was launched with a ceremony in May 2016.

The project cost $233·1m, of which $92m came from the Federal Transit Administration’s Small Starts funding programme, $9·4m from a federal Congestion Mitigation & Air Quality grant and the rest from local sources. These included $25m in cash and $3m in land and right of way permits from the City of Lone Tree, Douglas County, Coventry Development and the Southeast Public Improvement District.